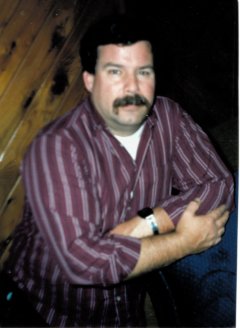 Mike was born October 31st, 1944, in South Dakota to Arthur and Roberta Dodds. His family included brothers Tim, Patrick and Danny.
His family eventually moved to California, where he attended Los Altos High School and San Jose State University. He was a stellar athlete and excelled in both wrestling and baseball. After college, Mike joined the United States Army and then married Cathleen Argo, also from Los Altos. They became parents to a his only child, a baby girl they named Tanya.
Upon leaving the Army, Mike joined the Santa Clara County Sheriff’s Department where he became an exemplary Deputy and was a member of their Off-Road Team. He later became a private investigator and then, after moving to Washington State, worked as an ABC agent for the State and at Orca Marine.
Mike was known to have a great sense of dry humor. He loved being a father and, later, a grandfather. He had many good friends and kept close relationships even with those as far back as high school.
He had many hobbies and was a master welder, a passionate photographer, and a collector of old things. He loved dirt-bike riding and road trips. He loved nature and fishing. He was well read and was a walking encyclopedia on many subjects. He had a great love of music- ranging from Ray Charles to Mac Davis to Andrea Bocelli. He had dreams to pan gold throughout the U.S. and loved Yellowstone and the California Redwoods. Everything Mike embarked on, he did with great passion. And throughout it all, the thing closest to his heart was raising his daughter, Tanya. He was, without fail, a wonderful father.
Mike was preceded in death by his parents, Arthur and Roberta, and by his brother, Danny. He is survived by his brothers, Tim and Patrick, his daughter, Tanya and his grandchildren, Jenna and Joshua Boston.
Mike will be missed by many and loved forever by all who knew him. He brought great joy, love and laughter to our lives. We have been blessed to have known him and are better people because of it.
Rest in Peace, you wonderful man.

I love you and miss you greatly Daddy. I couldn't have asked for a better father and friend. See you on the other side❤️

dear Tanya I didn’t know your dad but I loved the pictures here. That mustache!!!!!!  ❤️  Be strong I’m sorry for your loss as it is a big one. Love you love. RIP Mike

I love you grandpa, you always had the best sense of humor and you could always bring a smile to my face when we visited. I wish we would have visited more and I would’ve called more. You were such an amazing grandfather and father to my mom. Rest In Peace grandpa I love you

We only met once but you showed how much you loved your daughter and family. They will miss you very much.

Our deepest sympathy to family and friends.

I've known you my whole life and you have always been great to me and my family. Will miss bickering with you. My deepest sympathy to your Daughter

Tanya, sorry to hear about your loss. Your dad was a great guy and will be missed by many. I always remember the times I spent with him and he could make great pancakes!! My condolence, Travis

A bright light left the Santa Clara County Sheffifs office many years ago. Michael was a collegue and friend and wil be missed by many!

I worked with Mike at the Santa Clara County Sheriff's Office.  Great to work with, performed his duties well, a lot of fun and a darn good cop. Always had your back.  I was jealous of that mustache as mine never grew in like that.  I was sorry he left the department as it was a big hole to fill.  I'm sorry to hear of his passing.