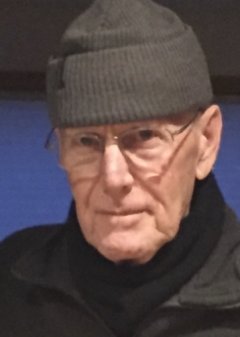 Donald Raymond Alford, (age 80) passed away peacefully at Whatcom Hospice House on Thursday March 25, 2021 after suffering a brain hemorrhage on Monday that week.  Don was born May 30, 1940 to Raymond and Fana (Lewis) Alford in Trenton, Tennessee. The family moved to Michigan after the war and Don grew up in Detroit.

At age 17, Don joined the U.S.Navy and served for two enlistments. He was a radar operator and navigator in a  flight crew based in Patuxent River, MD and flew routes from Newfoundland to The Azores as part of North American Air Defense. He retrained as an air traffic controller and was stationed at Whidbey Island NAS for two years. While at Whidbey he met Sharon Havens of Mount Vernon. They were married on April 6, 1963.  His next duty  was on the aircraft carrier Intrepid out of Norfolk, VA. In January, 1964, Don and Sharon started their trip across country in their VW bug. They enjoyed visiting relatives and friends in Tennessee, Detroit and Chicago before heading to Brunswick, GA for more training and then to Norfolk.

Don decided he wanted to attend college and left the Navy in February of 1965.  He and Sharon traveled to Bellingham where they were enrolled at Western. Don had many interests and loved to learn, trying several majors before settling on experimental psychology. He left college a few credits short of graduating to pursue some work interests and wound up taking a 20-year break.  In 1971 their daughter Emily was born.  When she was in high school, Don became very interested in her math studies and decided to return to Western to finish his degree and to take some math classes for fun. He and Emily both graduated in 1989.

Don worked at many different jobs, enjoying the learning experiences of each.  He spent a short time logging, worked with the forest-fire fighting crew The Fairhaven Holy Smokers, worked on construction after taking a carpentry course at (then) Bellingham Technical School, was a fish buyer and truck driver for a friend's fish cannery in Anacortes, built boats for Uniflite for 9 years, worked with Chuckanut Charters as a guide for sailboat cruises in the San Juan Islands and drove a Greyhound bus for 2 years. When Greyhound went on strike, he was hired by the Burlington Northern Railroad and worked as a brakeman and then a conductor for 13 years until retirement.  He was an active volunteer in the early days of The Community Food Co-op, driving and maintaining the Co-op truck.

Among Don's many interests were skiing (he taught himself to ski by reading a book), sailing, gardening and working on their 1925 house in Fairhaven. He had taken some computer programming in college and when personal computers became available he had a new passion.  He was absorbed with learning everything he could about both PCs and Macs and loved helping friends with all kinds of computer problems.  He cared very much for animals, loved playing with the neighborhood dogs and was so happy to be able to give a home to many homeless cats over the years.

Don is survived by his wife Sharon, daughter Emily (Josh), granddaughters Madeleine and Beatrice and many cousins and dear friends.