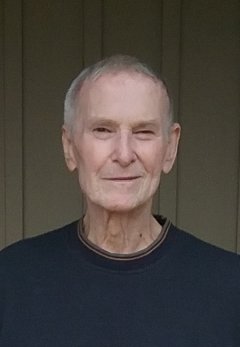 Alvin R. Surratt age 80, passed away peacefully on Friday, July 12, 2019. He was an accomplished athlete and basketball player at Victorville High before surviving a near fatal car accident.

Out of high school he served in the military through the National Guard, working on tanks and playing in the marching band. He then attended Chaffey College where he met Frank Zappa and started to seriously pursue art and music. He was an active musician through the 70's and worked various different jobs to support his bands and his first marriage. He then worked at Union Oil as a lab technician for 10 years in Southern California.

In 1973 he married Renee Brown, who had two children, Jeremy and Kresin. In 1977 they relocated to Whatcom County, Washington and in 1979 he was hired as the Water Manager and General Manager for the Glenhaven Lakes Club community where he worked for 28 years. He oversaw significant upgrades to the water system, recreational facilities and business model and took pride in delivering quality water to the residents. He was also hired back as a consultant after retirement as well as running a second hand record store under the name Sir Rat's.

Al was one of eight children and is survived by his sister Dorothy Saenz. He was preceded in death by three brothers, Vernon Surratt, Eugene Surratt, and William Surratt, twin sister Janice Faye and two other sisters, Mary Thomas and Susie Mae Rhodes. He is also survived by many nieces and nephews including Milt Surratt, his ex-wife and friend Renee, one son Dar-Tanion, two step children Jeremy Brown and Kresin Tandberg, two grandchildren Samantha Pitt, Dierdre Tabscott and three greatgrandchildren Jordan, Oliver, and Rose.

Al was very loving and compassionate, always creating unique personalized cards and gifts for all occasions. He loved all his children, family, and friends. He also rarely backed down from conflict and would do his best to protect those he cared about, the less fortunate and children.

Al was a very talented artist, in both visual art and music. His creativity was integrated into everything in his life. He was the drummer for The Boogie Men with Frank Zappa in the SoCal desert from late '62 through '64 and in numerous other bands through the years including the Do How Band and Red Scare. He also played the keyboard and guitar and enjoyed a wide range of music.

Al created an amazing art collection over the years with pen, acrylic and oil paints, as well as two albums of his own music.

A celebration of life will be held Saturday July 27th at The Glenhaven Lakes Clubhouse at 4 PM. In lieu of flowers, the family suggests donations to the Whatcom Hospice Foundation.