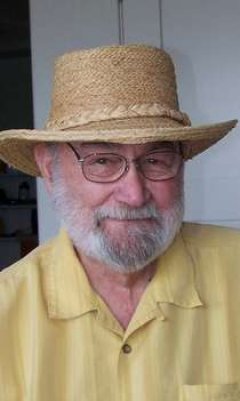 Archie Satterfield grew up in the Missouri Ozarks. After serving four years in the Navy, he attended St. Louis University and the University of Missouri before moving to Seattle in 1959 and receiving a bachelor's degree in English from the University of Washington. He lived in the Pacific Northwest many years working first as a reporter, then eventually an editor and columnist on the Seaside Signal, Longview Daily News, and the Seattle Times and Seattle Post-Intelligencer. He was founding editor of the regional magazine, Northwest Living, and edited the Museum of Flight News and Enetai, a magazine for riders of the Washington State Ferries.

Since 1987 he had been a full time writer of books and articles on history, travel and popular culture. He also wrote commissioned histories for clients such as Alaska Airlines, Tillamook Cheese, Crescent Foods and the City of Edmonds, Washington. He recently completed a history of Sundt Construction in Tucson, AZ.

His 40-plus books have been published by a variety of national and regional publishing houses. Some have been in print more than thirty years. His history and travel articles have appeared in numerous magazines.

Archie particularly loved to travel. In the 1970's he developed an interest in the Klondike Gold Rush and traveled throughout the Yukon Territory, researching and writing several books on the subject. He lived in the south of France for 5 years, and in recent years he'd been moving back and forth between Arizona and the Pacific Northwest.

Archie enjoyed classical music, art, and spending time with his friends. The day before he entered the hospital he hosted a party with some of his closest friends at his home on Whidbey Island.

Archie is survived by his 4 children; Cassie, Erin, Scott, and Sarah, and their 4 grandchildren. He has a brother Wayne, living in Denver, and numerous nieces and nephews living around the country.

Archie will be resting next to his mother Lucille and father Homer in the Howards Ridge Cemetery in Missouri.

Thanks for serving in the Navy. Congrats on your success as a familyman and a traveling writer. You are missed.

I got to know your dad a 3rd cousin from Sue also a 3rd cousin when I went to France and tryed to get together but we missed each other due to Languge misunderstanding, my phone call by a French girl had wrong info. Still I did talk to him via Email several times on Genealogy. Sorry for your loss.

Archie will be greatly missed. I will always remember his dedication to writing, music, and his friends. What a good story he could tell! He was one of those rare "ageless" people: a lifelong learner of great enthusiasm who relished the oddities of life. The world will be poorer without that twinkle in his eye.

I was so saddened to read of Archie's passing. What a kind man. He always had a smile on his face, and a good word to share. I came to know Archie many years ago when he was doing a history on the company I worked for. I transcribed many (hundreds)of hours of interviews for him both then and over the past 15 years for other projects. I so enjoyed that and will miss him "talking in my ear".

I can't believe he's gone. I had e-mail contact November 20th. He was a friend ever since his days at Northwest Living, where I first met him. We have swapped journalist stories ever since, both on e-mail from all over the world and in person in the NW and Arizona. His published works are impressive, giving an insight into the Pacific Northwest, in particular. 'Bye Archie, old friend.

Archie left way to soon, he had many more stories to write and friends to meet. Always enjoyed our visit sessions and his encouragement to paddle the Yukon River. He was a remarkable man and a real treasure that will truly be missed by many. RIP Archie, Memories will last a lifetime.