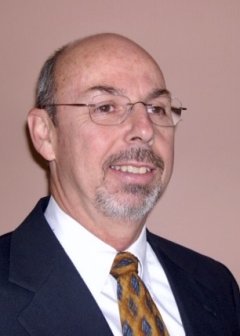 Chaplain Mike Ensch went to be with the Lord on November 11, 2019 while at Silverado Memory Care Center in Bellingham, Washington. He was surrounded by his loving family, loyal friends, and supportive pastors as he passed from this world into his heavenly home.  Although he was not a military veteran, he was a true warrior and veteran in the service of his King.

His years of ministry span from 1977 through 2012. He was an ordained minister in the Assemblies of God and an endorsed Chaplain. His passion was working with those who are incarcerated, having started his ministry in the California Youth Authority and later moving on to adult prisons, such as San Quentin. In 1989 he relocated to Alaska where he worked as the State Chaplaincy Coordinator for the State Department of Corrections until his retirement in 2012. Under his tenure, he formed the Transformational Living Community (TLC) in both the women’s and men’s facilities, and he also set up transitional housing for released prisoners. He effectively recruited many volunteers and would often state that the success of the ministry was because of the faithfulness of the volunteers.

Upon retirement, he and his wife settled in Ferndale, Washington. He enjoyed many happy times with his wife Danette, his son Jon and his wife Jessica, his daughters Sheryl Ensch and Sarah Hamacher and her husband Roger. But his greatest joy was spending time with his grandsons, Easton Ensch and Brooks Ensch. He was an active member of Christ the King Community Church, and served along with his wife as small group leaders.

Mike was born in San Diego, California on March 5, 1951 to Phyllis and Charles Ensch. He is the only surviving member of his family, having lost his only sister Susan several years ago. Mike graduated from Mt. Miguel High School, attended Grossmont College, and graduated from Bethany College in 1977. He obtained a Masters of Theology from Fuller Theological Seminary and later completed Masters level work at the University of San Francisco.

Mike’s passing is a great loss to his family and many friends, but their grief is surrounded by hope; hope that they will all be reunited with their beloved friend, father, and husband in the future. God is the only one who can make the valley of trouble a door of hope.

My precious love, i’m amazed at the way you loved me.  You knew when to be my partner and when I needed a friend.  You’ve seen me at my worst and helped me be my best.  You’ve been everything I thought a husband could be and more.  We promised to love each other through all seasons of our life, and with God’s help we did.  I am so thankful to know that you will never suffer pain again.  At last you are complete.

Sending my condolences to the family. Mike will be greatly missed, but we have the hope of see him again in heaven!

Praying for each of you as you move forward into this new time without your husband/father/friend's physical presence. May God's hand of comfort uphold you and keep you. Love, Cheri

I miss you so much D bear!  I miss your corny since of humor, your resilient faith in God, and the way you loved your family.  You've always shown me unconditional love and grace and your life has been a testament to the never ending love of God. Thank you for always being my D, my pinky buddy, my loving father, my friend, my encourager, my support, and my Godly example.  You will always be in my heart!  I love you D!  Love ❤️ TT (Sarah)

D, I’d give anything to get one more hug from you or to see your lopsided smile once more. Your life was a testimony of God’s grace and redemption. I watched you hold on tenaciously to the Lord through every obstacle and challenge. Even though your life was cut short at 68, you lived those years with passion and determination and a heart for your family and Savior. It was an honor to walk with you and hold your hand over the last 6 years, through tears, laughter, and love...You will forever be my D, engraved on my heart! I miss you so much! Love, Sheryl

I am not sure there are any words that will capture who you were Uncle Mike. You were always trying to make me laugh, and you loved your family like crazy. My heart is sad to think that your children and grandchildren won't have any more time on this Earth with you. Aunt Danette loved you so, and I can only begin to imagine how much she will miss you. Thanks for all the fun West Coast adventures. My summer vacations with you guys were always the most fun. Thanks for all the exciting fishing trips, the wild life spotting, the way you didn't hate me forever when I threw up all over your backseat within the first few minutes of our CA roadtrip, and the way you claimed me after I fell face first in an old campfire site and was covered from head to toe in soot. Thanks for all the memories, and I know that you are with your Savior and are whole and complete.
Love you so,
Erica

To Chaplain Mike's Family and Friends,

I still remember the day I was "interviewed" for the position as the women's first TLC director at Hiland Mountain Correctional Center.  Mike kept saying, "As the director you would..."  Finally I said, are you interviewing me for the TLC director position?  He said, "Yes, I know you'll be a great director."  That's how he was, he believed in people, all people, and their potential, even when they didn't see it themselves.  He was a huge support to me through the years as the TLC director and as friend.  He loved helping inmates and pointing them to Jesus.  His love for the lost was contagious, it drew people in.  It drew in those who didn't know Jesus to want to know Him.  And, it drew in those who knew Jesus to want to volunteer to show prisoners the love of Jesus.

Thank you Mike, for your support and encouragement along the way.  I know you are a huge reason why I'm where I am today, showing people how to love God, love others, and make disciples.  You are already so very missed here in this place, but I know there will be a lot of people in heaven due to your influence on their lives that will celebrate with you and get to hear your stories.

Chaplain Mike
You will forever hold a place dear in my heart for my life was changed because of your wonderful ministry and love for the Lord. You had a huge influence on my life in prison and years after. I can't ever begin to give back the love and support you poured into my life and many others. You believed in me long before I believed in myself. Without your dream of the TLC and the New Hope House I dont know where I would be today. THANK YOU FOR EVERYTHING CHAPLAIN MIKE!!!!!! I am eternally grateful. I know heaven is having a huge party for you... give Jesus a hug for me.
Your sister in Christ... Marcy Lundgren