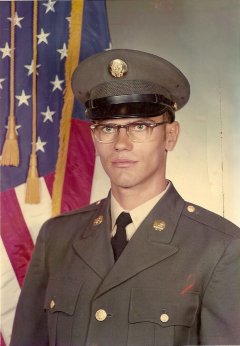 Born:
Saturday, April 11, 1953
Died:
Thursday, June 23, 2022
Birthplace:
Frankfurt, Germany
Service Information:
A viewing and rosary will be held on Tuesday, June 28th at 1:00 PM. He will be buried at Tahoma National Cemetery on Thursday, June 30th at 9:00 AM with full military honors.

Christopher Paul Maguire passed away on June 23rd at 5:30 PM at age 69 following a hard-fought battle with cancer. He joins his parents Virginia (Anderson) Maguire and Edward Maguire, brother Robert Maguire, sister Patricia Rodengen, father-in-law Antonio Lauron, and mother-in-law Rosalita Lauron. He is survived by the love of his life, Delia Maguire, his daughter, Shannon Barto and grandson, Brady Barto, his daughter Ponie Lauron Reyes and grandson Chikoy Reyes, his son Ching Ching Reyes, and grandson Jaspher Reyes, his brother, Mick Maguire, his sister, Cheryl Forsman, and many nieces and nephews who looked up to him as the family patriarch.
Chris was born in Frankfurt, Germany on April 11, 1953, and grew up in Atascadero, California. He was a kind, lovable dork. He loved trains, and once had an entire room dedicated to his incredible collection built around the heavy Japanese set handed down from his father. He excelled in the military because he loved law and order and had a strong sense of duty to protect others. He was a sharpshooter, paratrooper, and ground pounder, and retired from the army as a Master Sergeant. He also retired from the Fort Hunter Liggett Police and Fire Department. Chris stepped up to take in nieces, nephews, great-nieces, and great-nephews. His family’s loss is felt through generations and continents.