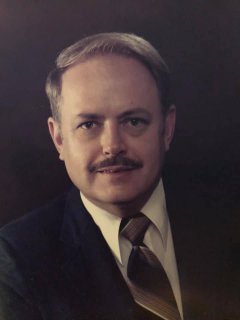 David Phillip Armstrong, 85, of Bellingham, WA, passed away April 1, 2019. No memorial service is planned at his request.  Burial may be at Arlington National Cemetery as he was a decorated USAF veteran.

David was born in Salt Lake City, Utah where he lived until moving with his parents to California.  He graduated from Beverly Hills High School in 1951 after receiving instruction from professors and educators alike during the school's golden years. It was common for an advanced chemistry student to make nitro glycerin. Unfortunately he once combined it backwards and blew up the workstation in the lab. Mistakes happen.

His mother worked for a firm that managed the stars of the movie industry so David had an association with them.  He was also employed by same to deliver documents and gifts to movie stars or escort young, potential stars to the industry surrounds.

His father served as a civilian flight instructor for the US Army Air Corps training young men to fly the B-29’s that ended the second world war. His father, Stanley Ray Armstrong, died from CO poisoning after complications of a plane malfunction when David was 16.

David was close to several famous actors as seen by the personal photos on the family home wall. Some of his fun acquaintances were William Demarest, Dottie Lamour, Marlene Dietrich, Red Skelton, John Wayne, friend and personal employer Johnny Weissmuller (Tarzan-II) who taught him how to swim, and Ronald Reagan who treated him as his young friend. Reagan’s secretary contacted David via phone and notes during his recovery from open heart surgery in the ‘80s.

Senator Kerr from Oklahoma was impressed with David for his love of math, chemistry, and physics and was instrumental in providing a scholarship to Oklahoma University.  After 1-1/2 years at OU he enlisted in the Air Force, attended the Defense Language Institute (Army Language School at the Presidio of Monterey where he and his special ops team became proficient in the Russian language and dialects.)

During his active military time he was awarded the Silver Star, Bronze Star, and Purple Heart. He was injured during an operation that led him to 100% VA disability.

Soon after, David returned to OU where he met Nancy, whom he later married. At the time of his passing they had been married 5 days short of 61 years. He graduated with degrees in Architectural Engineering, Regional and City Planning and Traffic Design.

Much of their married life he designed unique residential homes and commercial structures and a hospital, then began international projects when invited by country leaders in China, Nigeria and the UAE plus a government building in the territory of Guam.

He was well known for stories of his life and experiences traveling around the globe several times.

David will be greatly missed by his family and friends and special friend, Ronald Hewitt, who stayed by his side many years, to the end.

In lieu of flowers, donations may be made to The American Diabetic Association or Whatcom Hospice. Thank you.

Love you, Dad. We had a bunch of fun times, lots of experiences, you made us try weird foods, you told some great stories, we lived many places so we got to know our country better, you taught us patriotism, you were always making something or fixing something or planning the next garden. My favorite is how much you loved animals and taught me to as well. Thanks for being my dad. XOX!