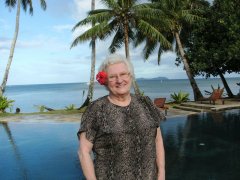 Donna was born to Hugh and Emma (Steffen) Hanlon in Everett, WA where she grew up.  There were a few years where her family spent springs and summers farming in the Minot, ND area, but they would return to Everett for the winters.  Donna was a member of the Skateland Ko-Eds Team in Everett.  She met her husband, Curtis Smith, while roller skating, and they were married in 1952.

Donna was a mother of five and a homemaker.  She was very active with the PTA, so much so that she became a lobbyist for the PTA.  Donna worked for years as a substitute secretary for the Federal Way School District.  Donna loved to travel and visited seven European countries, Mexico, Cayman Islands, Fiji, as well as most of the U.S.A including Alaska and Hawaii.