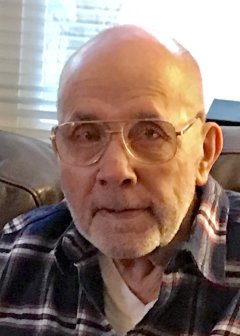 After a long, valiant battle with Parkinson’s, Maclay  “Mac” Armstrong peacefully passed away at home on October 20, 2020.  Mac was born on January, 23, 1932 in Ottawa, IL to John and Vera Armstrong, the the youngest of four children.  During his years at Ottawa High School, Mac enjoyed a successful basketball career and helped the team compete at State. He spent his summers in Illinois learning the value of hard work at his family’s farms, which would serve him throughout his life.

After high school, Mac spent one year at Beloit College in Wisconson, then went off to University of Iowa. After receiving his undergraduate degree from Iowa, Mac stayed on to study at the University of Iowa Dental School, graduating in 1958. Dad was a lifelong Iowa Hawkeye. His next journey took him from Iowa to Southern California and Camp Pendleton where he spent several years as a Navy dentist. Legend has it that Mac became the Camp Pendleton badminton champion during his assignment there. As a boy from the Midwest, he was in awe of the beautiful sunshine every day in California.

His love for learning and continuing education took him to the University of Washington where he studied orthodontics. Enamored with the beauty of the Pacific Northwest, Mac decided to stay and set up his practice.  He had a thriving orthodontic practice in north Seattle (now Shoreline).  He truly enjoyed working with his patients and their families. Mac had a brilliant mind and was very innovative in the world of orthodontics. Over his career, he obtained 14 patents which helped to shape the practice of orthodontics and patient care. He had several articles published in journals and was often invited as a guest lecturer to others in his field.  In conjunction with his patents, Mac started Northwest Orthodontics (NWO) in the late 1960’s, which manufactured and distributed his products internationally.  After a very gratifying career in orthodontics, Dad retired in 1986 to start a new phase of his life.

Upon moving to Washington, Mac fell in love with the Washington coast, boating and sport fishing. He spent many hours on the Puget Sound and Long Beach Peninsula. Skiing was another hobby Mac discovered after his move to Seattle. He spent a good deal of time on the slopes with friends and family. Mac was a great patron of the arts. His love of theater, symphony, opera, and music of all styles was woven throughout his life.