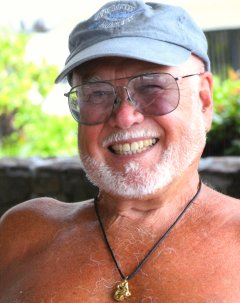 Earl Norris Stanley,  93, of Bellingham, WA passed away in Bellingham on September 12th, 2017.
Earl was born to Earl Norris Stanley, and Nellie Barbara (Rogers) Stanley of Los Angeles, California, on January 15, 1924. He was preceded in death by his son, Scott Hampton Stanley, who died on December 2nd, 1989, at age 20.
Earl is survived by his wife of 54 years, Arden Hampton Stanley, of Bellingham, WA, daughter, Barbara Jane Wood, of Bainbridge Island, WA, son-in-law, Eric Wood, daughter, Robin Marie Stangland of Everett, WA, son-in-law, David Stangland, granddaughters, Amanda Marie Stangland and Audrey Jean Stangland of Everett, WA.
Earl graduated. from Harrison High School in Kitchel, Indiana, in 1942 and joined the Army immediately afterwards. Earl lived a very adventuresome life and had a distinguished military career as an enlisted man, spanning 30 years, including service in World War II, Korea, and Vietnam. During World War II, he served in the Aleutian Islands and the China-Burma-India Theatre as an infantryman.  At the end of World War II, he was reassigned to Military Police and was a Military Police Patrol Supervisor in Calcutta, India in 1945. From 1946-50, he was a Military Policeman in the Occupation of Germany and during the Berlin Airlift.  He was also a Guard on the Detail for the Cremation of the top twelve German War Criminals. He served two tours in Korea in 1959 and 1971 and one tour in Vietnam in 1966-67.
During his military career, among his many medals and citations, he received the Army Commendation Medal for Valor in 1949. In Germany, he dove under a waterfall to rescue a soldier who had fallen in and become wrapped in barbwire. He was awarded the Soldier’s Medal for Heroism and the American Legion Award for Outstanding Heroism for an attempted rescue of a young man attacked by a great white shark in Pacific Grove, California in 1952.
Earl retired from the Army in 1972, after serving as First Sergeant of a training company at Ft. Ord, California. He acquired a gold mine on the Smith River in northern California where he dredged for gold in the summer months. During the winter months, he managed a health club. Among his greatest pleasures in life were scuba diving and free diving, which he started doing in Monterey, California in 1949. Along with that, Earl gained recognition for his beautiful underwater photography, winning top awards at the Nikonos Shootouts in 1994 and 1996.
Earl met his wife, Arden, on the beach in Pacific Grove, California, and they were married in 1963. In 1967, they moved to Salem, OR, and they lived there for 21 years, raising their family. In 1989, Earl and Arden moved to Bellingham, WA, where they enjoyed diving, boating and fishing. Winters would find Earl and Arden on the beach in Kona, HI.

The family requests that remembrances be made to a charity of your choice.

My deepest condolences to the Stanley family over the loss of Earl.  May your precious memories help ease the pain of your loss. May the God of all comfort grant you peace through our Lord Christ Jesus. (Isaiah 61:1, 2; John 6:40)