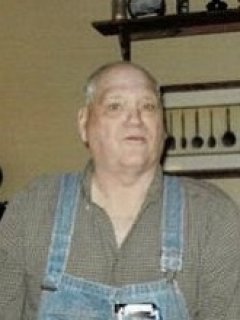 Born:
Monday, March 28, 1927
Died:
Monday, January 3, 2022
Birthplace:
Ferndale, WA
Service Information:
A graveside service will be held on Sunday, March 27, 2022 at 1 pm at the Lynden Cemetery, followed by a celebration of life at the Mt. Baker Rotary building at the Lynden Fairgrounds.

George Hickey, age 94, passed away in his sleep on Monday, January 3, 2022 at Shuksan Healthcare Center in Bellingham.

George was born on March 28, 1927 at the family's Wiser Lake home in what was considered Ferndale at the time and later was changed to Lynden, to Arthur Lake and Edith Ellen (Marr) Hickey. George attended Wiser Lake School but was only able to attend school through the 3rd grade since he had to help out on the farm during the war. He worked on the family farm for many years and then later worked for other farmers. He also worked at the Johnsons brother’s potato farm and also with Earl Hickey’s potato farm for several years.

George lived in Whatcom County all his life. He enjoyed watching the girls’ and boys’ basketball games in Lynden. At every game, you would find him in his striped overalls, cheering the teams. He attended the games for several years. They even had a special place reserved for George at each game.

He also enjoyed going to the Omak Rodeo Stampede for a few years and going on bus tours. He liked going to the Lynden Senior Center each day for lunch and to visit. He loved cake and ice cream, so whenever we celebrated his birthday at the nursing home, he made sure there was plenty of cake and ice cream to share with all his caregivers and relatives.

He is survived by his sister Mary Eiene (George) and his brother David Hickey, numerous cousins, nephews and nieces. He is preceded in death by his parents, siblings Glenn Hickey, Earl Hickey, Jack Hickey, Paul Hickey, Hazel DeVries and niece Bonnie Rauch-Lawrence.

The family would like to thank the caregivers at the Shuksan Healthcare Center for their care during the time George was there. Special thanks to Elizabeth for all her care with George.

I will always think fondly of George watching me play basketball. He was always kind and encouraging. I was also blessed to get to play piano for him when he lived at Shuksan. He will be missed.