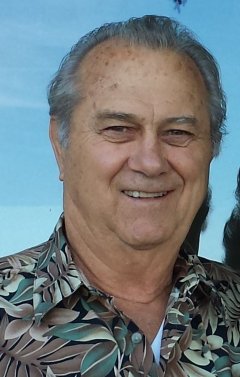 Gomer was born May 7, 1935 in Paris, Arkansas to Gomer Lee Sr. and Lucille Owens. Gomer passed away peacefully at the age of 87 on August 1st, at Spring Creek Memory Care in Bellingham. He was surrounded by family in his final days.

Gomer traveled to Bellingham from Wyoming as a little 7 year old southern boy with his 3 young sisters and his little brother, in the back of an old Model A pickup truck driven by his mother.

He attended Franklin Grade School, Whatcom Jr. High School, and graduated from Bellingham High School in 1954. His favorite class in high school was wood shop. He became a very creative skilled woodworker who built a beautiful cedar chest for the love of his life, and Kay still has it today. Gomer loved and excelled in sports lettering in baseball, basketball, and football.

As soon as he was old enough, he enlisted in the Marine Corp Reserves, and served for several years. He was very proud to have been in the military.

Shortly after graduation Gomer married his high school sweetheart Kay Williams and started his 4 year Union Carpenters Apprenticeship at the Bellingham Technical School. He was initiated into Carpenters Local 756 in 1956. During this time their 3 children were born, Brad, Patty, and Kristi.

He advanced quickly in his career after completing his apprenticeship - Gomer was a hard worker with an excellent work ethic. In his early career he was employed by most of the major local construction companies, and was even recruited to travel as far away as Alaska to build projects.

He established Owens Construction in the mid 1960’s performing residential, commercial, and industrial general contracting. He developed the Birchwood Heights residential subdivision which included Owens Court, where most of the Owens family resided at one point or another - Kay and Gomer lived in the Owens Court home for more than 50 years together.

In addition to Owens Construction, Gomer started multiple other companies throughout the years including Owens Grocery, and CG Development in California.

Gomer loved his family, friends, and his little dog Sophie deeply. He was a lifelong learner who shared his knowledge and instilled a great work ethic to all that he mentored. He lived his life with integrity, honesty, and with a sense of humor that no one will forget. Gomer took an active role in the lives and upbringing of both his children and grandchildren of whom he was very proud - he holds a special place in their hearts.

Close to 15 years ago Gomer traveled to Southern California to buy a 1930 Model A Coupe from his cousin. It needed a total rebuild as a variety of different creatures had lived in it for many years. He brought it home to Bellingham and began the restoration process. Within a couple of years it sparkled as if it were brand new. He then began taking it to local car shows and parades with Kay. Often times his grandson Ryan and great grandson Blake would ride in the rumble seat - that rumble seat was always filled with loved ones. He often won trophies and awards which he proudly displayed in their family room.

His Model A became his passion, his pride and joy. He made many new friends and became a member of the “Gear Heads” car club. He proudly wore his “Gear Head” t-shirt and enjoyed polishing his car and hanging out with his buddies.

Gomer was preceded in death by his infant son, his parents Gomer and Lucille Owens; his sisters, Betty Hickok, Bobby Viereck, and brother John L Owens.

The family is extremely grateful for the loving care Gomer received from his Right at Home Caregiver Dove, the compassionate care of Eden Hospice, and the entire staff at Spring Creek.

One of the best uncles a niece could ask for. Love you to the moon and back. We will meet again one day. Love you, Uncle Gomer. Ps. You still are the good looking one  wink, wink. Barb Olson

Gomer was one of the good guys, a true friend and a gentleman through and through

Blessed be the Memory of our classmate and dear friend Gomer

I am truly sorry for your loss... I was lucky enough to see him at Hardware Sales from time to time.... He has many Family waiting for him in Heaven. My thoughts love are with you all.

Gomer was a great man and friend. I asked him one time why he didn't like me, he looked at me and said "It's not that don't like you, but you married my daughter."