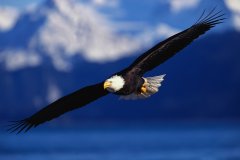 His early years in Denver were spent  playing baseball and having fun times with his many cousins.  A true baby-boomer, his schooling there included attendance at 3 elementary schools until a larger one was built. The schools were so overcrowded that 2 sessions were held each day, and Jim's session was from early morning until noon.

Dan, Milly, sister Cindy, and Jim moved to Lawrence in 1958.  Jim played  high school football, and, under the guidance of Jerry Rogers,  set records in track at Lawrence High School where he graduated in 1961. Jim attended the University of Kansas.

Mr. Smith served 4 years in the  United States Coast Guard. His last cruise was served aboard the USCGC Northwind II (WAGB 232) based in Seattle in 1965 where he was named Sailor of the Cruise.  It was a memorable trip.  An oceanographic survey between Greenland, Iceland, and Scotland was attempted with notable stops in Panama, England, Norway, Scotland, and New York ;  the Northwind was the first western vessel to operate in the Kara Sea of the Soviet Union, for which she received the Coast Guard Unit Commendation with Operational Distinguishing Device. The (then) classified mission of Northwind was to attempt a transit of the Northeast Passage.  The effort was not successful and caused a diplomatic incident between the U.S.S.R. and U.S.A.  A Swedish ship was in trouble, and a rescue mission ensued  in the North Sea in 40 feet swells added to the memories of his big cruise.

Jim worked in the insurance and automobile industries in Kansas and Washington.   In retirement, he and Roberta operated an internet sales site,which Jim enjoyed immensely. He found the greatest treasures to sell and delved into their provenance.  He enjoyed the horse races,  playing cards, and always playing Santa at Christmastime for his granddaughters, to whom he always gave the best advice.

If Jim were with us now, he would advise us all to run, not walk, to the nearest  doctor if you have a mole that does not look normal.  He suffered from metastatic melanoma.   May he rest in peace. A gathering of family will honor Jim at a family gathering later this spring.

He is survived by his father, Daniel.  Smith, of Lawrence,KS, his wife of 49 years, Roberta  and his daughter, Paula Smith and her daughters, Emily Ann and Madelon June, all of Mount Vernon, WA,  his son Timothy Smith (Lisa Harris and her son, Brandon Jensen) of  Bothell, WA, Tim's daughter, Lauren Marie and her mother, Ann of Everett, WA.  Also mourning his loss are his sister, Cynthia Reeves (Fred) of Lawrence,KS and their children and grandchildren, his  special cousin, Kaye Delay Jensma Chambers, of Elizabeth, CO, and many extended family members.

Memorials for James N. Smith may be made to the Humane Society of Skagit Valley, 18841 Kelleher Rd., Burlington, WA 98233.

Very nice, Roberta.  I didn't know most of those things about Jim.

I still sound like a frog but I'll call you soon.  Your friend in good

"What we have enjoyed and deeply loved we can never lose,

for all that we love deeply becomes part of us."

Thank you for sharing the story and journey of Jim as a son, husband, father, and grandfather. Each of you were there to experience part of his journey with him.

Blessing to all of you,

As a friend of Jim in high school I am sadden to hear of his recent passing. We played footbal together and ran track and I will remember him fondly in all manners. Roberta, Paula, Emily and Madelon you have all been blessed by the time you have had with Jim. I know that he will be deeply missed. Please accept my condolences. Larry Colburn, LHS class of "61.

I went to high school with Jim and remember him as a kind and honorable boy.  I'm  sure he was just as wonderful as a husband, father and friend.

My sympathies to you and your family.

To the Family of James N. Smith. I am very sorry to hear about the loss of your loved one, Jim.  May the God of comfort heal your heart.   The passing of someone you love can be a very hard thing to deal with.  I hope you can find comfort in the promise of the resurrection mentioned in the Bible at 1 Corinthians 15:21 & 22.   Sincerely, Kristy  jw.org

Over 60% of emails get cursed to spend their lives in the junk or other folder. Getting your emails delivered perfectly to prospective leads and clients requires talent and a bit of magic.

My team has mastered getting the “inbox” of key managers and would gladly help you with sales and lead prospecting.

Can I help create an email marketing plan for growth of your site and business?