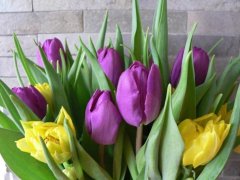 Jan passed away suddenly on March 15, 2020.  Jan was born on May 9, 1941 in Sumas, Washington.  She graduated from Nooksack Valley High School in 1959.  While attending Western Washington University in 1961 she met Harry Christiansen and they married 13 days later.  A little over a year later she gave birth to her only child, Julie (Christiansen) Goree.

In the late 60s Jan took to golfing and in 1971 she won the Washington State Women’s Public Links Championship.  In 1972 they moved to Arizona and Jan started working at becoming a golf instructor.  She was one of the first women to achieve her Class A Teaching Certification in both the LPGA and the PGA.  For many years she worked and taught at Rolling Hills Golf Course in Tempe, Arizona.  She then became the Club Professional at Arizona City Country Club in Arizona City, Arizona where her passion for teaching young people the game and business of golf grew.

In 1986 Jan and Harry moved back to Whatcom County.  Jan began teaching at Lake Padden Golf Course in Bellingham, Washington.  Eventually she start teaching on a driving range on their 40 acres outside of Everson.  There she continued to teach for many more years where she had many students who returned for a refresher year after year.  She also taught an Introduction to Golf class at Whatcom Community College for many years.

Jan’s other passions were gardening, mushroom picking, garage sale-ing, refurbishing antiques, and spending time with her family, especially baking with her great granddaughters, Allison and Emmalyn.

Jan was a patient, loving and caring soul who touched a lot of lives over the years.  Her family and friends will miss her and her passing leaves a big hole in their lives.

Our condolences on the loss of Jan. What a wonderful life she had, teaching golf and enjoying time with her family! Sending hugs and prayers for you all. Christine & Mike Gutman

Jan was a quiet and gentle classmate, always treating others with respect and kindness. My wife Linda, took golf lessons from her and couldn't say enough good things about her character, love for the game and genuine personality. She will be greatly missed. Our sincere condolences to your family. May God give you peace in your grief.

I went to high school with Janice and remember that face, that soft smile and her gentle ways.. She was one of my friends in school . To her family I give my condolences .. I know she will be missed dearly.

See you on the other side good friend..I'm so happy we had coffee with you and Karen when we came up for our 60th..Lots of memories..

Marlys and I remember Jan fondly and pray for comfort and peace in Jesus name for surviving family members and friends.

We will miss you and see you on the other side.  Love, Karen