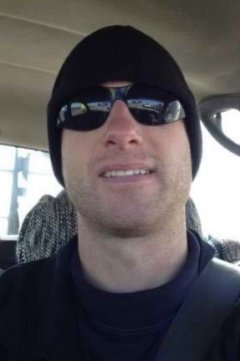 Born:
Wednesday, May 5, 1971
Died:
Monday, December 13, 2021
Birthplace:
Everett, WA
Service Information:
There will be a  Celebration of Life for Jeff in the summer of 2022 for all of his family and friends.

Jeff was born May 5, 1971 to Don and Flori Chovanak in Everett, Washington. Jeff grew up in Lake Stevens, Washington and would often talk about those years living on the loop road and the many shenanigans he and his buddies did. He graduated from Marysville High School in 1990. When Jeff decided he wanted to go to school he buckled down and graduated with honors from Edmonds Community College.

Jeff moved up to Bellingham where he worked as technician with a pipeline testing company which provided him the opportunity to travel to many places in the United States and overseas including Saudi Arabia and Turkey.  This is where he began his career with non-destructive testing which would later take him to the North Slopes of Alaska as a technician doing non-destructive testing on the pipelines.

Jeff married the love of his life, Noime “Baby Doll”, on December 26, 2012. He was a very caring and loving husband to her and they enjoyed many good times together traveling, trying new foods and going to concerts - his favorite being The Cure. Jeff and Noime loved their pet rabbit Mr. Bean.  When Jeff walked in the house Mr. Bean was at his feet. Jeff taught him to play ball with him and made sure he had plenty of special treats.

He leaves behind his wife, Noime and stepson Jeric; his parents, Don and Flori Chovanak; his sisters, Debbie (Brad) Otto, Becky Chovanak-Potts; his nephews Brady Otto, Chad, Brandon and Marcus Potts and niece Emily Potts, his Great Aunts and Uncles and cousins and many dear friends.

Jeff will be remembered for his quick wit and sense of humor; constantly playing jokes on whoever he could at the time. Jeff was a generous and caring man. He liked to help people when given the opportunity, and he dearly loved his family and friends.

Don and Flori
Steve just sent us this obit. Our hearts go out to you and your family. Life just shouldn’t happen this way. We are so so sorry you have lost your son. Those crazy kids did have quite a life growing up on the loop. ( didn’t we all?). The memories will last forever.
Love and hugs to you
From Fred and Judy

The Memory of You Lives On

Jeff and my husband, David Funk, were childhood best friends.

The memories David has shared with me are amazingly warm and at times full of shenanigans! We are thankful for Jeff's time here, but also saddened that his earthly presence is no longer.

Jeff, thank you for what to you and your family brought to David's life. Your love, laugh, and memories will live on.

Our hearts are breaking, and yet we rejoice in celebration of you and the love you gave.

You were important to your Uncle John and Aunt Jeannette.  We always loved seeing our handsome and intelligent nephew through all the years.  You made it to Uncle John's funeral in 2018 and you brought your beautiful wife, Noime, to the Family Gathering this past summer in Post Falls, Idaho.  I pray for the repose of the soul of my beloved nephew.  You are just a memory away Jeff.

Death may end a life, but it can never end a relationship. Jeff is and will forever be loved, thought of and talked about by his Cousins. Memories and the bond of Family can never broken. We love you Jeff.

You are in our prayers.