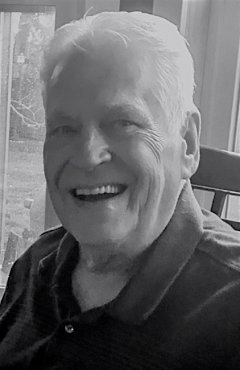 Jerry A. DeBoer passed peacefully surrounded by his beloved family on December 8th 2017 at the Whatcom Hospice House after a long fight with cancer.

Jerry was born in Snohomish, WA, on September 16th, 1943 but moved to Ketchikan, AK, as a young child which is where his true love for Southeast Alaska blossomed. Throughout his life he enjoyed flying, boating, and fishing with his family. In his later years, he enjoyed traveling, spending time with his grandchildren Zoya and Ethan, and walking his dog, Indy. Jerry had a giving heart and was known as a loyal person to his family and colleagues.

Jerry is survived by his best friend and wife of 43 years, Gretchen DeBoer, children: Wende DeBoer, Ryan DeBoer, Steve Amos, Justin DeBoer, and his many grandchildren.

He is preceded in death by his son Craig DeBoer. Jerry was the proud son of Earnest and Adeline DeBoer and sibling to Judy Hansen and Jamie DeBoer.

Memorial donations may be made to the family C/O Gretchen DeBoer 57 Lk Louise Dr. Bellingham WA 98229, or, in gratitude for the excellent care and support he received in his final days, please consider a donation to Hospice. https://hospicefoundation.org/Donate

What wonderful pictures included here - he was a loved and loving man, obviously.  He will miss you all, and you all will miss him too.

I worked with Jerryin Ketchikan and it has been many years sconce we have seen each other,he was one of the good people to work with and a nice guy. My condolences to Gretchen and the rest of this family.

so sorry to hear of

I meet Jerry while walking our dog Tucker. Jerry always had a Milk Bone for Tucker. We talking about flying and how Jerry missed Alaska and flying

his Super Cub. A genital man and a nice person, and we miss seeing him.