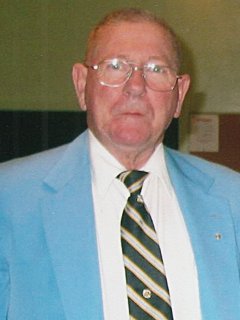 John W. Leibrant, 86, passed away on Saturday, May 14th, 2022, at his home in Lynden, Washington. John is survived by his wife of 64 years, Muriel (Rasmussen) Leibrant, son Monty (Sande) Leibrant, and daughter Belva (Carl) Tyska. John leaves behind five grandchildren; Monica Leibrant (Ben Fischer), Chris (Stephanie) Leibrant, Miranda Eberly-Hodges, Aaron John (Brittany) Tyska, and Alex Tyska. He also had four great grandchildren; Ira Hodges, Audrey Fischer, Owen Leibrant, Elizabeth Tyska, and a fifth great grandchild John Tyska due in August 2022.
John was  born in 1936 to Lewis Leonard Leibrant and Verna Mae (Walmer) Leibrant in Everson, Washington. John was the ninth of eleven children and was the youngest son. He was preceded in death by sisters Lelia Irene (Leibrant) Philliber and Luella May (Leibrant) Bock, and brother Kenneth Leroy Leibrant. He is survived by siblings Clara (Leibrant) Jacobson, Donald Leibrant, Charles (Bud) Leibrant, Anna (Leibrant) Bock, Vernon Leibrant, Mary (Leibrant) Christensen and Emily (Leibrant) Regnier.
John was a lifelong resident of Whatcom County and grew up helping with the family farm and sawmill. As a young man, he and his brothers raced and hill climbed their motorcycles, in competitions and anywhere else they could get away with. He married the love of his life, Muriel, in July of 1957. A month and a half later he sustained the knee injury while working in a local sawmill that nagged him for the rest of his life. John had a number of occupations, including motorcycle repair, logging and sawmill work, and boat building before he finally landed on his favorite, home construction.
John loved camping and fishing with his family in Puget Sound and around the state. He was gifted with the ability to fix or build just about anything and he always answered a call for help from friends and family. John also enjoyed the camaraderie and friendships built during his 46 years as a member of the Loyal Order of the Moose, serving as a Fellow 29 of those years. He was an American Legion (SAL) member for 7 years and rarely missed “Joker Poker” with Muriel on Saturday nights. John enjoyed his years of shooting pool at the Moose, watching NASCAR racing, putting together a fun puzzle, and was a connoisseur of a good cheeseburger.
After retirement and for the remainder of his life, John dedicated himself to the role of caregiver for his beloved wife Muriel.

John was known by many and friends with most all of them. He will be missed!

Condolences to the family on the loss.  Prayers for peace to Belva and family.