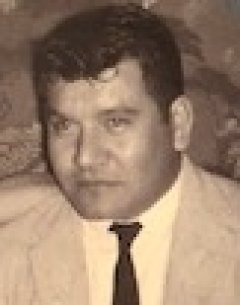 Peacefully in his sleep on Saturday, January 26, 2019, Juan Compean went to be with the lord with loved ones by his side. He was a hard working, yet fun loving, man who will be missed.

Juan was born May 6, 1931 in Santa Maria, Texas. He had six brothers and five sisters. He was drafted into the Korean War and ultimately served two terms in the military, later marrying Joyce Neer. They raised four children, Jerry, Johnny Ray, Debra and Tony, in Edmonds, Washington while Juan worked hard to be a good provider for the family. He worked for Safeway prior to becoming a carpenter for the rest of his working, and personal, life. As a carpenter, he was involved with working on memorable projects such as the first Dicks restaurant with indoor seating, a Gays Bakery outlet, and the Space Needle, among various other buildings and sites throughout the years. Later in life, when he was retired, he continued to stay active through projects and road trips with his close friend Betty Proctor. They enjoyed traveling and working on projects together, as well as spending time with their families.

He was preceded in death by his beloved wife, Joyce, his son, Johnny Ray, his parents, Reyes and Secundina, six brothers and three sisters.

In lieu of flowers, the family asks that donations be made to Whatcom Hospice.

Thank you Berta for the kind words and remembering my Family. Adele Compean DeLaCruz.

My brothers, sister and I (Kay) looked upon Juan as family as we all love Juan. My mother (Betty Proctor) and Juan loved to travel and work on all kinds of projects toghter.  Our family will deeply  miss Juan.  I will miss our dreaming up things todo.  A big piece of my heart is with you(Juan). RIP

I never got to meet many people on my mother's side of the family. This great-uncle included. My condolences on your loss he sounded like an amazing guy.