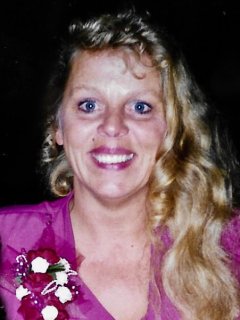 Surrounded by her loving family, Karla Anne Zamzow, at age 68, died peacefully on September 22, 2022, after a courageous battle with ALS. Karla fought like a warrior, battling ALS for a couple of years. She never complained and always had a smile on her face. Karla was born on March 7, 1954 in Mountain Home, Idaho.

Karla and Richard were married in Everson on March 2, 1974, and were blessed with five (5) children. She is survived by her husband of 48 years. Daughter Lisa (Joe) Malone, daughter Jennifer (Brad) Zamzow, daughter Kelly (Bernie) Valum, son Lance Zamzow, and son Jared Zamzow. One of Karla’s prized possessions was her children; she had a unique relationship with each of them, teaching so many life lessons along the way.

Karla is also survived by her brother, Jared Johnston, with whom she had a special bond, and twin sister,Karen Hayes. She is also survived by her stepmother, Arlene Johnston, and stepsisters Karlene, Kolene, and Kris. She cherished her friends and had a couple of lifetime friends, Debbie (Steve) Thorp and JudyVanBrocklin. She was also godmother to Trent and Miranda Thorp and had numerous nieces and nephews.

Karla was a stay-at-home mom for many years and ran an in-home daycare. She loved taking care of her friends' children as well as being there for hers. She was involved in 4-H, FFA, and berry fields with her children. She worked at BP and then Matrix. Many of her co-workers considered her their mentor.

Karla was the pillar of her family and had the gift of hospitality, always welcoming people into her home. She loved having family gatherings and spoiling her children and grandchildren, always making extra food just in case someone stopped by or sending food home with her kids. She loved garage sales and refinishing furniture. Karla was a giver, whether it be finding the perfect ten-dollar dresser that she refinished; helping her children by folding a load of laundry; running a pair of shoes to the school that her grandkid forgot; giving money when someone was going on vacation, just to name a few. Through the years, Karla cared for many family members, including her father, brother, and sister. Always there to lend a hand, never asking for anything in return.

After raising their children, Karla and Richard loved to vacation, traveling to the Virgin Islands, Hawaii, Puerto Rico, Palm Springs, Texas, and yearly family trips to Ross Lake. Karla loaded up the van with the kids and spent summer days at Lake Samish.

The family would like to say a special thanks to Whatcom Hospice, the ALS Foundation, and all family and friends for all their love and support. In lieu of flowers, donations in Karla’s honor may be made to Whatcom Hospice House, care of Whatcom Hospice Foundation, 2901 Squalicum Parkway, Bellingham,WA 98225 and/or ALS Association Evergreen Chapter, 19226 66th Avenue SL-105, Kent, WA 98032.