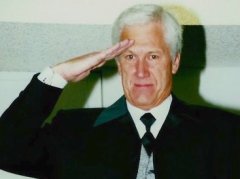 Born:
Sunday, February 11, 1945
Died:
Monday, April 3, 2017
Birthplace:
Visalia, California
Service Information:
At Kent's request, his family held a "Living Wake" for him on March 18, 2017 at his home in Bellingham. His life was recounted and celebrated by family and friends. He had the opportunity to say goodbye and thank those in attendance for their love and support throughout his lifetime. There will be no memorial service.

Kent P. Lambert, a shy, witty young boy was born and raised in Visalia, California. He attended Mineral King Elementary and Mt. Whitney High School, then on to College of the Sequoias Prep School. He joined the Air Force on Feb. 3, 1964. He attended Boot Camp in San Antonio, TX, trained as a cartographer at Fort Belvoir, VA, then was stationed at March Air Force Base in Riverside, CA. After 4 years of service, he was discharged on Feb. 2, 1968.

He moved to Washington State in 1968 and worked as a land surveyor for the Port of Seattle. He married Susan Myers in 1969 and they had two children, Matthew and Alexa. Kent attended Tacoma Community College and UPS. He graduated in 1975 with a BS in psychology. He moved his family to Bellingham in 1976 and joined his brother, Mark to form Lambert Construction. He began doing home inspections in 1979, established a sole-proprietor company, Northwest Building Inspection Service, and was a highly respected and sought-after home inspector in Whatcom County for 38 years. He and Susan were divorced in 1983.

Kent will always be remembered for his dry sense of humor, being an avid reader, loving unconditionally, his fierce faith in Jesus, his passion for his grandchildren and serving his community well. He was a board member for Board of Adjustment for the City of Bellingham, YWCA Maintenance Board, BIAW, Mt. Baker Planned Parenthood, Whatcom Chorale, and was President of the Whatcom County Chapter of American Society of Home Inspectors (ASHI). He was an associate member of the Whatcom County Association of Realtors.  He volunteered at the Bellingham Food Bank, Creative Arts Ministry, Salt on the Street Ministry and various other ministries at Cornwall Church. He sponsored children from orphanages in Haiti and through World Vision. He was supportive of organizations such as Boys and Girls Club, Young Life, Rangers Soccer, AAU Basketball and always supportive of Bellingham Public Schools.

Kent was a movie buff, enjoyed hosting annual Oscar parties and was always the man behind the camera, creating his own home movies and capturing every event in photos. There was not a competitive bone in his body unless playing cards, board games, cribbage or fantasy football. He was happiest in the water; snorkeling in the ocean, rafting the river, kayaking in the lake all brought him peace. Many summer vacations were spent in Lake Chelan and Orcas Island.

Kent is survived by his wife of 28 years, Ramona, his children, Matthew Lambert (Kay), Alexandria Verlanic (Adam), his two step children, Andrew Andersen (Erica), Robby Andersen (Mary) and his additional family by choice of love, Tom and Kristin Gresham. His grandchildren are; Whittaker, Lowa and Abraham Gresham, Samuel, Theodore and Frederic Lambert and Chase Andersen. He has one surviving brother, Norman Lambert (Barbara). He was predeceased by his mother, Bessie Lambert, father, Carl Lambert and brother, Mark Lambert.

After a 12 year battle with Medullary Thyroid Cancer, Kent passed away peacefully at home with his beloved wife, Ramona, at his side.  His last three weeks of Hospice Care were spent surrounded by all of his children, grandchildren, extended family and friends.

Donations may be made to Whatcom Hospice in Kent's honor.

Ramona, Drew, Robbie and family....so very sorry to hear about Kent's passing.  In time I hope the beautiful memories of your time spent together will bring you comfort.  Our thoughts and prayers are with you all.

Ramona & Family, we are so, so sorry for your loss.  We will cherish our very fond memories of Kent forever.  Our hearts go out to you all....  May God bless you during this difficult time.  Big hugs...  Von & Maggie