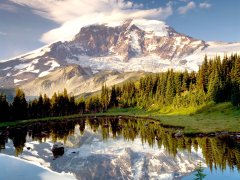 Born:
Tuesday, May 3, 1966
Died:
Thursday, August 1, 2019
Birthplace:
Riverton, WY
Service Information:
Date and time of services will be announced at a later time.

Born to Paul and Dolly Brownfield in Riverton, Wyoming where she attended school and met her future husband Neal. Kim went on to graduate from Riverton High in May of 1984 and continued her education attending Central Wyoming College. The next chapter in her life, Kim now living in Jackson,Wyoming, was married to Neal in August 1987 where sons Jason, Michael, Paul, Ryan were welcomed through out their 32 years of marriage. Kim, Neal and the boys relocated in 2001 to Blaine, WA where she transferred while working with Wal-Mart in hopes to be closer to Neal’s family

Kim passed in her home while fighting the cancer that had been diagnosed in August of 2017 and, in the end, she went quietly and peacefully surrounded by her ever vigilant family.

Kim will be missed by many including the group of ladies that she worked with at Wal-Mart. She enjoyed gathering with these ladies and chatting while out at local restaurants.

Kim is proceeded in death by her father Paul Brownfield and mother Dolly Stanley. She is survived by her husband, Neal and children: Jason(Jessie) Michael, Paul(Vana)and Ryan; sisters Shelley and Paula; and grandchildren Gavin, Irelynn and  Weston

Recently, Kim had been anticipating Ryan's high school graduation in June and marking the achievement with a gathering/backyard Bar-B-Q, as that was Kim's favorite way of bringing the family and extended family closer. Everyone had their own personal favorite dish that she would try to accommodate. It was a great time and created fantastic family memories.

A GoFundMe page has been set up to help pay for unforeseen issues and unexpected bills.

Thank you,  The Williams Family

I. Will miss you much. I loved our visits af the restaurant. I love you so much. Neal and family...im so. Sorry for your loss. She was so special.

I’m sorry for your loss. Kim was a lot of fun to work with going to miss you kim

Dearest Kim, you will be so missed! I will miss our talks and our jokes. I will miss the love you showed myself and the kids. I'm glad your not in pain anymore, I'm happy to know that one day I'll get to see you again in our other life. To Miss Kim's family, I'm so sorry for your loss, I pray that you feel her present around you when you need it. I pray that you can heal in due time. I would like you to know my every thought and prayer is with you all. She was such a ray of sunshine. She never let life get the best of her. She was the toughest cookie in the box always.

Kim you will be missed by all, our gathering's at work or at dinner's were alway's fun.Neal and your family were blessed to have you and all your family is in my prayer's

Goodbye until we meet again

Dear Kim will be greatly missed. Loved to hear her laugh.

I am so sorry to hear of Kim's passing. I enjoyed working with her and Neal at Walmart. She was a very special woman. My mother always looked for her line when she was in shopping and asked about her often. Keeping Neal and the boys in my thoughts.

Always enjoy seeing Kim at wal-mart.
She was a wonderful lady.
Rest in peace lovely lady

Kim you will be greatly missed. Had such good dinners together with you and friends from our Walmart family. Will miss your cute laugh when you got tickled about something funny. I am glad you are not in pain anymore and a in a place of peace. Neal Mike,Paul,Jason and Ryan. Love you.

I will never forget the kindness that Kim showed me when I transferred to the Bellingham store. She had a huge heart for people she loved & cared about. We will all miss her so much. God bless you all.

I will never forget you Kim!! We had a lot of laughs,and a lot of good talks. I loved working on the front end with you. We looked after Gerrit,and each other. I miss you. I will see you again. Love you lady!

Miss you so much Kim. Loved our going out to dinners and our chats on line and the phone. RIP sweet angel...niel and family my heart and prayers go out to all of you...