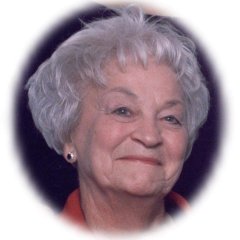 Born:
Tuesday, December 26, 1933
Died:
Monday, January 25, 2021
Birthplace:
Calgary, Alberta, Canada
Service Information:
Given the covid-19 virus restrictions for safe gathering along with safe travel for friends and family across state and country borders, the “Celebration of Life” service for Lorna will be determined at a later time – possibly next year.

Lorna Marie Spain, 87, of LaGrande, passed away on January 25, 2021. Family had been with her in the final days while in Hospice care.

Given the covid-19 virus restrictions for safe gathering along with safe travel for friends and family across state and country borders, the “Celebration of Life” service for Lorna will be determined at a later time - possibly next year. In the meantime, Lorna’s ashes will be buried at Grandview Cemetery in LaGrande, Oregon for friends and family to be able to pay their respects.

Lorna was born on December 26, 1933 in Calgary, Alberta Canada to Loran Henry Allen and Margaret Emma Zurn. She was born the fourth of eight children. The family moved to Oregon in 1940 and eventually settled in Burns, Oregon where Lorna graduated from high school in 1952. She was married to Roger Dan Allen from April 1953-1969. In 1975, Lorna moved to LaGrande, Oregon where she met and married King Elwin Spain, Sr in 1978.

Lorna and Roger’s early life began in the Navy and having 6 children. The Navy gave the family a way to travel across the United States with much of their life spent in Groton (Mystic), Connecticut. In 1965, the family moved to Burns, Oregon until Roger retired from the Navy in 1968. Lorna’s move to LaGrande, Oregon led way to employment with Boise Cascade for 23 years. She began her career with Boise Cascade as an Administrative Assistant to becoming the Manager of inventory and personnel for 5 mills throughout Union County.

Lorna was a member of the Grande Ronde Symphony playing violin. In 2005, Lorna was elected as the President of the Grande Ronde Symphony Board of Directors for 10 years. In collaboration with Eastern Oregon University music Director Leandro Espinosa, many symphony performances and concerts were provided for the community members in LaGrande and
Baker City. Lorna was given an honorary lifetime Grande Ronde Symphony President award that was unanimously voted by the Board for the many hours she dedicated to the symphony and for all her leadership contributions. Her leadership contributions were in bringing about financial stability, setting up a reserve fund and setting up $50,000 worth of permanently endowed scholarship for the Symphony. In 2011, the Eastern Oregon University President presented Lorna with the Woman of Vision & Courage award.

Following King’s death in 2003, Lorna continued to live in LaGrande until 2016 when she then moved to Birch Bay, Washington to live closer to family and live by the ocean. Lorna’s wide circle of family and friends reflected her wide range of interests in reading, music, violin, art, and poetry where connection and communications were of greatest importance to her.

Lorna was so special! Such a joy and always smiling and laughing. We spent many hours together. In fact, she "house-sat" and lived in our house one spring/summer while she couldn't stay in the place in Birch Bay. Will miss her enthusiasm and phone calls. Hugs to all her family. With very fond memories, Carol Campbell

I met Lorna when we were freshman in high school.  I was standing in front of my locker totally lost in what do I do now?  Lorna came up to me and we were friends forever.  Lorna was the most intellegent person I have ever known.  She and my husband (Don ] would have some of the most productive conservations ever.  I will miss her for the rest of my life.

I had the good fortune to work on the Grande Ronde Symphony Association Board with Lorna.  Through that service we became friends - a benefit I will treasure.  She was an amazing person.  Caring and dedicated.  Her enthusiasm was contageous.  La Grande is a better place for her time here.  I am a better person for my association with Lorna.  She worked hard to stay in touch with those she called friends.  She will be missed.  My love to her family, who she treasured.

I have so many wonderful memories of conversations I had with Lorna:

a chance encounter on a street corner in La Grande that turned a time of worry into hopeful possibility,

an evening EOU on campus bumping into each other with the sound of the carillon prompting queries about place and experience and what was possible for a Capstone still to be written to make a successful march toward the diploma at graduation,

a special candy-making session in her kitchen with my son to learn some shared lessons about the value of making sweets together with a loving and supportive grandmother waving her magical wand,

and so many others about how to do the best by our favorite project, the Grande Ronde Symphony Orchestra.

She will be missed by so many whose lives she touched profoundly.

I only knew Lorna ask jomarie wonderful mom! Jomarie and I met several years ago and r arecolleagues and great friends. She talked so much about her mom that I felt as if I knew her. I could understand where jomarie got all her vim and vigour from! I know Jomarie will carry forth the strong spirit of her mom Lorna and she continues to live,love and guide her from the other side. God Bless you Lorna xoxo

Lorna was very special friend. Her life's experiences made her a strong and loving person, a role model for all. She set a fine example of a balanced life living in the present and ageing gracefully. She was a giving lady who made so many contributions to LaGrande and the wider community. She will be missed.

Lorna was just a delight.  Upon meeting her it was like I was enfolded into her loving heart and I always felt that from her.  I also so admired her continued giving of herself and her energy to promote music in our valley.

With my sincere condolences to you all.

I think of Lorna as a woman who exudes love, good cheer and positivity. She always lifted my spirits.

One day while I was working at my husband's dental office, she came in dressed as a witch in long black robes and a fancy, big black hat.  She was soliciting, very indirectly however, funds for the Symphony. I had so much fun laughing and talking with her that I let her leave without a check and sent one later. I also remember the lovely farewell evening for Lorna at the Presbyterian Friendship Center and the many fabulous tributes paid to her.  She enjoyed dancing a few dances with some of her friends. We all enjoyed the evening and could tell she was loving it too. One time when I heard she was back in La Grande for a few days, I called her and we met for lunch at Cinco de Mayo.  We always had a lot to talk about and I admired her so much. She never looked or acted her age.  She is an inspiration to me still.