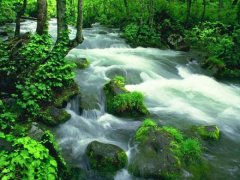 Born:
Tuesday, January 22, 1935
Died:
Saturday, September 26, 2020
Birthplace:
Madison, WV
Service Information:
Per her request, there will be no service.

Mary Belcher Tate, 85, of Bellingham, Washington, passed away at home while in hospice care on Saturday, Sept. 26, 2020.

Mary grew up in the small rural town of Hamlin, W.V. (Lincoln Co.), where her father was a GM car dealership owner, bank director, oil and gas producer, land developer, and a county politician who served in the W.V. House of Delegates; her mother was a homemaker and active in church and community affairs, and president of the local Woman’s Club. She attended a private girls-only H.S. in Anderson, S.C., and later graduated from the University of Richmond (Va.) with a degree in education. Her first teaching job was in Perry, Florida, where she met her future husband. Later, in the early 1960s, she taught at Duval H.S. in Griffithsville, W.V. She married Paul Tate in 1958, and their marriage produced 3 children. Her husband was a civil engineer, and the family lived in many states and countries overseas. Mary moved with her family to Ferndale, WA. in 1970, where her husband was an engineer at the old Arco refinery at Cherry Point; and she was a teacher at Ferndale H.S. In 1977, she moved back to W.V. to take care of her elderly parents while teaching English and Social Studies at Hamlin Jr. High and Duval H.S. Mary moved back to Washington State in 1987 to become a resident of Lummi Island; and later, Bellingham, WA.

Mary was a born teacher who loved teaching the kids in her classes. She had a natural rapport with students, teachers, and school staff. They all loved carrying on with her, but they knew when it was time to get down to business. She was a strict but fair teacher, who never failed a student if she saw that they were truly trying to pass. Students going on to college often said what a big influence she had on them in pursuing higher education. They knew she had their best interests at heart. She instilled in her own children the love of reading and learning from an early age. Her oldest daughter was inspired to become a teacher. She passed on the love of history, literature, music, the arts, and politics to her son.

After her youngest daughter gave birth to her only grandson, she relished the role of Grandma, and the two them would often go on day trips to experience another adventure somewhere. Mary loved her island life and her three constant companions: her mini-schnauzers, Chumbley, Bernie and Rosie. They brought a constant smile to her face while smothering their Grammy with love and affection. She inherited her love of flowers and gardening from her rosarian mother, Lillie. Her Lummi Island waterfront home was populated with a rose garden, hanging flower baskets, and many flower barrels situated everywhere around the acre property. She saw the beauty in life through all varieties of flowers. Mary was also an accomplished seamstress, knitter, and quilter, who often made her daughters’ dresses when they were children. She was known for her expert knitting and quilting talent, who often made exquisite afghans and beautiful quilts for family and friends over the years. She was fond of cooking and was renowned for her homemade spaghetti sauce, beef curry, oyster stuffing, baked salmon, and stuffed mushrooms.

Mary was a person of faith and was raised in the Baptist church, and often had discussions with her son on their annual pilgrimage to Mt. Baker, that God and nature were one and the same. She had a long and productive life as a mother to her three children and educator. Most importantly, she was a wonderful, gentle, and kind human being, who saw the best in everybody, and remained positive throughout her life. God bless you, mom. We shall always have fond memories and a special place in our hearts for you.

The family would like to thank the wonderful, kind, considerate, and selfless people of Whatcom Hospice, who do such a magnificent job of providing comfort and care, and understanding for their patients and families. Per her request, Mary will be cremated, and there will be no service. Whatcom Cremation and Funeral, Bellingham, WA., are handling the arrangements. If desired, friends may make memorial donations to PeaceHealth-St. Joseph Medical Center: Whatcom Hospice, Bellingham, WA.

So sorry to hear of mrs,Tates passing !   I had her for a Teacher at Duval High School!!  She was a very Classic Lady and a Great Teacher ❣️  Prayers of Comfort for. The Family.