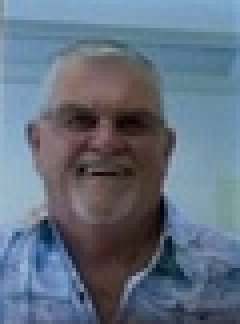 Norman J. Helland, 78, died Saturday, July 27 peacefully at home following a long bout with cancer.
He was born and raised in Bellingham, WA, the son of Tora and Jarle Helland.
Norm leaves his wife of 50 years, Judie, whom he first met in kindergarten, his step son Mike Chapman, Bellingham, WA, his siblings Ann Wolten, Blaine, WA and Roy (Pat) Helland, University Place,  WA, sister-in-law Pat (Roger) Cory, Burlington, WA, many nieces and nephews and many friends.
He attended Bellingham High School and then served in the Navy.  As a journeyman brick mason, he helped build Intalco Aluminum and then went to work there until his retirement in 1995 when he and Judie moved permanently to Friday Harbor.
He was curious and loved to share travel experiences, whether it be the cruise through the Panama Canal, to Australia and New Zealand or connecting with his roots in Norway.  An avid sports fisherman, Norm sent many hours fishing and cruising the San Juan Islands, the Canadian Gulf Islands and Alaska. Norm and Judie spent their winters in Barra de Navidad, Mexico; San Diego and Arizona.
Norm never met a stranger -  he loved to talk and engaged in conversations with people wherever he went. In recent years Norm could be found at the morning coffee gathering, at the Friday Harbor Library catching up on world news, or on a corner bench in Friday Harbor greeting visitors and locals alike.  Animals were a special part of his life and he leaves Judie with a relatively new cat Olivia.
Special thanks to Dr. Burk Gossom and his caring staff; Dr. Raish, Shannon, Amber and Kayla of the Anderson Cancer Center; Katheryn, Trish, Elizabeth, Andrea and Jonathan of Hospice Northwest and Deanna Osborn, private caregiver.
Memorials may be made to San Juan Animal Protection, P.O. Box 1355, Friday Harbor, Wa 98250 or Hospice of the Northwest, 227 Freeway Dr., Suite A, Mount Vernon, Wa, 98273.