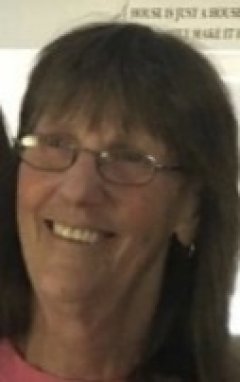 Born:
Tuesday, August 22, 1950
Died:
Saturday, March 14, 2020
Birthplace:
Macon, GA
Service Information:
A celebration of life will be held in the Summer 2020. We do ask that you leave memories and messages below in the guest book

Olena "Kay" Kent 69, of Bellingham, Wa was called to heaven on the early morning of March 14th, 2020. Born on August 22, 1950 in Macon, Georgia, Kay grew up and lived her life in Whatcom and Skagit Counties.

Kay attended Sehome High School and continued to become a member of the VFW Ladies Drill Team which offered her the chance to travel throughout the U.S.

Kay had many passions and talents. She had a natural green thumb and took pride in her indoor plants as well as her many gardens outside. Kay's favorite place to be was at the beach, she loved beach combing, agate hunting and clam digging at Birch Bay. Kay had a soft and kind heart for animals, and rarely would you see her without one of her strays trailing close behind. But the one thing she loved the most was spending time with her family and those she cared about.

Kay was one of those people who left an imprint on your heart. She will be deeply missed by all who knew and loved her.

I am so sorry to hear of Kay's passing, my thoughts and prayers go out to all her family. I first met Kay when I was 15 or 16 years old, I met her through her son Larry. I'll admit it I was a little intimidated, I was a kind of a quiet girl.......kind of. I would spend the night there sometimes or if Larry was outside working on vehicles we would sit and talk. I really got to know Kay, she taught me a lot. She taught me to stand up for myself and not take crap off of people (Larry didn't like that, haha). After awhile I considered Kay not just Larry's mom but my friend. I know it has been a long time since I've spoken to Kay but I never forgotten her. Kay, my friend you will be always remembered and never forgotten. Rest In Peace

We have had our ups and downs. Did alot growing up together. I think of you often and things we did , when we were younger.You are truly missed. You will always be in my memories and heart. I love you sis.

My Aunt Kay helped raise my brother and I when we were infants. She would watch over us when my mom had work or some other engagement. She was always compassionate to us. I have so many great memories from my childhood of my Aunt Kay. She was a very special lady. I will always love and miss her.

Kay was my older sister by 2 years. She was a lover for animals would of brought home every stray if my parents let her. I think of your joys of reuniting with mom and dad and the happiness you are feeling right now. But we will always be sisters and all together soon. Much Love Sis