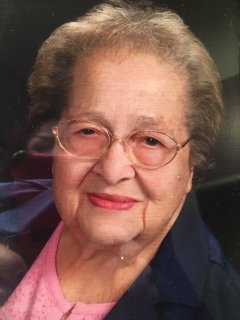 Born:
Friday, February 1, 1929
Died:
Saturday, March 28, 2020
Birthplace:
Cimarron, KS
Service Information:
There will be a celebration of Peggy's life when the pandemic is over.   There will be food.

Peggy Joann Gaasland (Troutman) ended her earthly journey on March 28, 2020 at her residence, Brookdale Assisted Living, in Bellingham. In this time of coronavirus, thankfully she died of natural causes. She was born February 1, 1929, in Cimarron, Kansas just at the beginning of the Great Depression, to Bernice Mae and Lafayette Troutman, who were farmers.

Just as the Great Depression was a defining event of her life, so too were the severe periods of dust storms that affected the prairies known as the Dust Bowl. This was an era that damaged the ecology and agriculture of the region caused by drought and unsustainable farming practices that led to severe erosion of the top soil. This deepened the depression, but also caused serious health consequences with the unbreathable clouds of dust that circulated in the air.  Particularly hit was Lester (her brother, known as Bud) who experienced childhood pneumonia with air that was unsafe to breathe.

As a result, the Troutman family packed up their household belongings on their flatbed truck, and like so many other Grapes of Wrath families, headed for the west coast. Peggy spoke often of that trip when she was seven and Bud was five, of the two of them standing at the dashboard of that old truck (a practice unheard of today).

She was fond of describing their trip on Chuckanut Drive, of the sight of the beauty of the islands, the lush trees, and the endless water, so different from their home in Kansas.  She also described her father stopping to buy a quart of shucked oysters fresh from the bay that only Peggy and her father were daring enough to eat raw.  This would begin a love affair with all seafood and with adventurous eating that for some inexplicable reason excluded beets.

Peggy spent most of her working life preparing food for others in restaurants, nursing homes, airports and for the Bellingham School District. She was particularly proud of the baking that came out of the BHS kitchen (a high school she attended, as did her children, and one grandchild), and mentioned the cinnamon rolls.  The sweet fragrance of the pastry baking would draw teachers, staff and students to the kitchen for the warm rolls straight from the oven.

Her love of food, eating and recipes were a vocation and an avocation.  She loved to talk about food, to eat food, to go out to lunch or dinner, and to save recipes.  One precious event was the lunch at Mykonos in Bellingham with her sister, Ellie, three of her daughters, two of her granddaughters and her thirteen year old great grandson on the event of her 91st birthday.  This was followed by pieces of another rich Pure Bliss Bakery cake that everyone took home in reusable containers.  We might all have been too full for dessert, but no piece of Pure Bliss would ever be left behind.

Dear Joan, We were touched by reading about your mother's great life and send you love and condolences. Big virtual hugs to you. Take good care. John and Jan