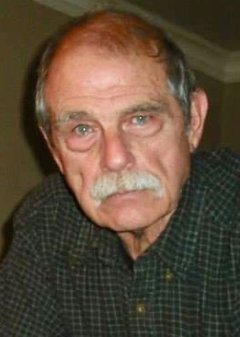 Peter Michael Wingerter grew up in Cleveland, Ohio. He and his wife, Diane moved to Bellingham in 1975. Pete worked as a Chip Dump Operator at Georgia Pacific until he retired in 2001.

He is survived by his wife, Diane, as well as his 3 children and their spouses: Richard (Shilly Sumampouw) Wingerter, Kelly (Brian) Rockwell, Karen (Jeremy Sawyer) Smith, his grandchildren Mykela Wingerter, Riley Smith, McKenna Rockwell, and sister Mary Ann (Jon) Larson. His parents, Carl and Lena, as well as his brother Jim and sister Sue, predecease him.

Diane and Pete were happily married for 48 years. Pete loved to make everyone laugh with his dad jokes and brought joy to all who knew him. He loved reading, movies, bike rides, playing with his grandchildren and his tools.

The family asks that donations be made to The Salvation Army or Whatcom Hospice Foundation.

I was saddened when I heard the news that Uncle Pete had passed. So very good memories of him. The best was getting stopped by border patrol heading into Canada with my dad and Uncle Pete. He will be truly missed.

We will miss Pete's humorous, welcoming and nonjudgmental personality. Rest In Peace.