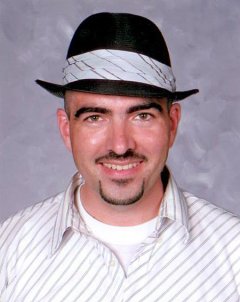 Born:
Friday, August 8, 1975
Died:
Saturday, March 10, 2012
Birthplace:
Bellingham, Washington
Service Information:
His life will be celebrated in a memorial service to be held at Lynden Christian High School, on Saturday, March 17, 2012  at 3 p.m.

Philip John Davies, age 36, of Lynden went home to be with his Lord and Savior, Jesus Christ on Saturday, March 10, 2012, after a four-year battle with brain cancer.

He was born in Bellingham in August 1975, and was a life-long resident of Whatcom County. Phil graduated from Meridian High School in 1993, and was active in his church youth group, first at Woodlyn Community Chapel, then at Birchwood Presbyterian Church. He earned his Associates degree at Whatcom Community College, and later earned his BS in Geology from WWU. In 2000 and 2001, Phil served as a missionary for Food for the Hungry in the Philippines. In the early 2000s, as the Middle School Youth Director at Birchwood Church, he eternally impacted the lives of many. He served on many short-term outreach teams to help children in Mexico, Honduras, and Guatemala.

Phil worked as a teacher’s assistant and para-educator at Bellingham, Lynden Christian, and most recently at Lynden Schools, helping kids, parents, and teachers get through their daily challenges.

Following his diagnosis in the Summer of 2008, Phil continued to work in the Lynden School District. He also continued to pursue a masters’ degree in education. Through this long journey, he was an example of strength and unshakeable faith to all who had the privilege of knowing him. He never complained about his discomfort or pain.

Although Phil never married, or had kids of his own, he was a family man who loved, and was loved by his four nieces and two nephews. He was treasured as a son, brother, nephew, uncle, cousin, and friend. The posts by numerous friends and family on his Facebook page continue to serve as testimonials to who this godly servant was, and as a witness to how God can use one humble man to affect the lives of so many. His absence leaves a huge hole in our hearts.

In lieu of flowers, memorials can be made to Will & Joanie @ actioninternational.org\feuerstein, Samaritan’s Purse P.O. Box 3000, Boone NC 28607-3000 www.samaritanspurse.org, or Whatcom Hospice, 2800 Douglas, Bellingham WA 98225 in Phil’s name.