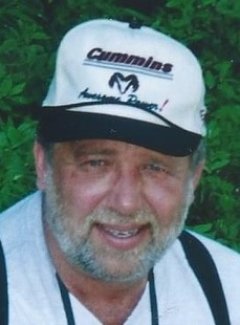 Born:
Wednesday, May 13, 1953
Died:
Wednesday, August 30, 2017
Birthplace:
Bellingham, WA
Service Information:
A memorial service will be at Cornwall Church with Pastor Bill Officiating. Memorials may be sent to Whatcom Cremation & Funeral and Donations may be made to Whatcom Hospice.

Richard J. Dahlgren was surrounded by his children when he went to be with the Lord and Savior on Wednesday, August 30, 2017. Rick was born in Bellingham, Washington on May 13, 1953 to Richard and Betty Dahlgren. He was a lifetime resident of Whatcom County and attended Lynden and Nooksack Valley High School. After high school he worked for Intalco for 18 years then became his own boss, establishing a well known and successful business; “Dahlgren Excavating”.

He was a busy and hard working man who devoted a lot of his time to his work. When his two kids were younger he loved taking them camping out in the wilderness. He loved having his house full with his kids, grandkids, and great grandkids as well as other family members and friends. He was an active member of the Camels Club and has an amazing amount of friends that loved and cared for him. Rick had a great sense of humor and could tell some awesome stories. If you ever needed anything you could always count on him.

Rick was dedicated to the Lord as a baby and baptized when he was younger at the Nooksack Advent Christian Church.

Brenda and family and Darrel and Jamie and family, we extend our sincere sympathies to all of you and to the rest of your family, your dad will be missed, we will be thinking of all of you

Dear Family, I am so sorry to hear of the loss of your dear loved one and send you my sincere condolences. May you find comfort from God's word at Revelation 21:3,4 and John 5:28,29. Heartfelt prayers are with you during this difficult time.