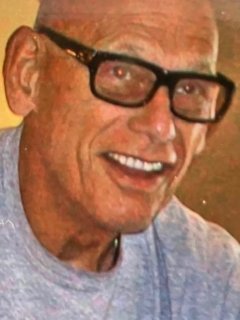 ​Ronald James Roe rolled out on Friday, November 18​, just a few days shy of his 79th birthday. He ​is remembered as​ a wonderful husband, father, musician, teacher, ​font of wisdom, athlete and a true friend. ​He was a quick-witted wordsmith, adept in the arts of poetry and puns. ​His absence will profoundly affect all who had the pleasure to know him.
Ron was born on November 22, 1943, to Al and Betty Roe in Bremerton​, Washington​. They were a Navy family, and he spent his childhood moving to and fro between Washington, California and Hawaii. ​He attended​ Western Washington State College on a football scholarship, where he met ​Marlene Van​der ​Griend​, with whom he had two ​amazing ​daughters.
Ron completed his Master’s Degree in Special Education in 1968, studying ​under Max Higbee. Throughout his career, he taught in several school districts. After an early stint as Director of Special Education in rural Alaska, in need of some sun, he made a move that would change his life. He travelled to Hawaii, where he met Patty Remley, a Texas girl who fell for the “chocolate chip man.” In 1980, they were married at the Little Chapel in the Woods in Denton, Texas. They made their home in Bellingham and had two lovely sons.
Ron​'s ​​passion was to help others understand the power of the subconscious mind. Ahead of his time in 1973, he opened the Bellingham Hypnosis Center​. He help​ed​ thousands of people ​on their journeys to self-healing ​in a medium ​that was ​not​ yet​ widely understood or accepted, always at a sliding scale.
​Ron's health was greatly impacted over the last four years, but he maintained his sense of humor. He was thankful for his family and expressed it often. He continued to shine and never lost the warmth in his eyes, which was a great comfort to those around him. We are all thankful for the extra time with him.​
Ron is survived by ​​​Patty, his wife of 42 years​, daughters Sally ​Pratt (Matt)​ and ​Leslie​ Roe​, ​sons ​Michael​ and Kyle Roe, and grandson Christopher Fredlund. Ron is also survived by sister Nancy Curry and uncle Jack Dearborn and their families. Special thanks to friend Lowell​ W.​ Hanson for daily visits, calls and mochas.
Ron did not​ need ​to be the center of attention and preferred​​​ his influence to be behind the scenes. Those reading who wish to follow in his spirit can make donations to the Bellingham Hospice House or Max Higbee Center.

Patty, I am so sorry to hear about Ron.  You took such wonderful care of our dad and were a great "stepmom" to Freddie. I know you were a loving companion for your husband during his final journey.  I'm thinking of you and your family.

Patty,Kyle and the rest of the family, I am so sorry to hear about your loss. I always liked him. And not to bad to look at lol huge hugs

I just learned of Ron's death in the Herald. I'm so sorry for your and your family's loss. Although we don't keep in touch, it's always such a pleasure when we run into each other. I'll keep you in my thoughts & heart.
Take good care of yourself,

At the end of 2011, I was pretty closed to finished as a person. I was a hair’s breadth from being 400 pounds, diabetic, deep in debt and unemployed from a manic episode a year earlier. I was a disaster on his way out of this life. Thanks to getting the right meds at the end of the year, I began to slowly inch my way into a “new” world. I had known Ron for a few years prior. He was an eccentric fellow but he was smart and had a deeply kind disposition. After I had gone out of the hospital at the end of 2011, he offered to do some hypnosis for me gratis. He knew I was struggling in every way possible including financially. He kept helping me with hypnosis treatments out of the kindness of his heart and he did it monthly for 7 and a half years and never asked a thing in return except to “pay it forward”. He always encouraged me. He helped me to see the best parts of myself when I couldn’t. I don’t know if I could have lost that 170 pounds and reversed the diabetes without his help. He was like a quirky guardian angel with a wicked sense of humor; a coach; an adopted member my family. I called him “The Svengali with a Heart of Gold”. Thank you, Ron. Thank you for giving me a fighting chance in this life. Bless you always and I hope that your consciousness resides somewhere in this Universe making it a brighter place.

Patty and family,  I am so sad to read about Ron's passing.  I worked with Ron for many years at Mt. Baker High School.  There were so many fun times.  I could always depend on Ron for some good honest teasing and making my day a little brighter.  I admired his dedication to our special needs students.  I was fortunate in recent years to run into Ron at the Veterans of Foreign Wars where he was helping with our Tuesday afternoon dances.  He was a good man.

Ron, you were a very special person in so many ways. You brought help to Doug, and Chad enjoyed being with your family so much. To Patti, you are a wonderful wife and I know Ron loved and depended on your love so much. Our love to you and all your family from our family.

Thank you for your kind words and sharing memories of Ron.

Ron, it's hard to say goodbye. For seventy nine years you were like my little, then younger brother. I'll love you from now until we meet again. All my love to you Bro. Jack.

Patty and family, Jeff and I are so sorry to learn of Ron's death. As the days continue to pass, I hope you find comfort and support in the people that surround you and the memories you carry in your heart. What a guy he was!