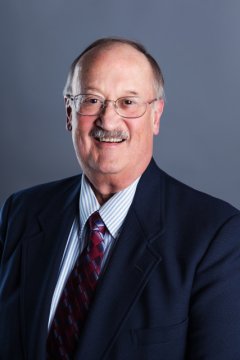 Russell M Wells passed away on August 14, 2019, peacefully at his home in Mount Vernon, Washington, with family present. He was born June 17, 1944, at US Marine Hospital in Seattle to Laura Eleanor and Jack H Wells, Chief Petty Officer, USCG.

He is survived by his wife, Connie, of 39 years, his sons Jonathan (Kayla) and Andrew, grandson Oliver, nieces Michelle (Troy) Larson and Natalie Crandall, nephews Ryan (Stephanie) Jacobson, Aaron (Kate) Anderson and Nick (Sami) Anderson, and great nieces and nephews. He was preceded in death by his parents, Laura Eleanor and Jack H Wells, his sister, Nadine Jacobson, and his brother-in-law, Harold Keith “Jake” Jacobson.

The family lived in Mount Vernon until 1949, when they moved to Everett. Russ attended Everett Public Schools, graduating from Everett High School in June 1962. He attended the University of Washington, graduating with a Bachelor of Science Degree in Pharmacy in June 1967. Russ and his family were active members of Our Savior’s Lutheran Church in Everett.

In 1979 he resumed his practice in pharmacy for Pay n Save Drugs, and later continued with Payless Drugs, Bartell Drugs, and the Everett Clinic before retiring in 2012.

Russ was active in the Church and the community, serving on various committees and boards.  He served on the board of directors of Josephine Caring Community in Stanwood, the board of directors of his homeowners’ association, the Church Council, and committees. He also volunteered for the Skagit Valley Tulip Festival, welcoming visitors from around the world to the valley.

To Connie, Andrew, Nate, Kayla and Oliver, I keep you all in my heart during this rough period since Russ has left us. His spirit was so strong—- it’s hard to imagine life without him and all he contributed.

But it is clear that  he left a legacy in his boys and that is something I celebrate.