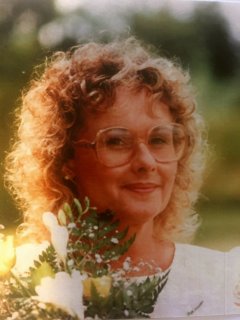 Sally Sue Spurgeon was born in Minneapolis, Minnesota to Raymond and Percy Spurgeon on December 22, 1942. She was the only girl and the eldest to her two brothers, Jimmy and John. Raymond was a Lt Col in the Air Force so Sally grew up a military brat, traveling all over the world, not living in one place more than two years. She graduated High School in Turkey, where she had many fun memories of flirting with the sailors. Some of her fondest memories are spending summers in Emily, Minnesota at her mothers cabin on Ruth Lake.

She attended Oklahoma State University and war part of the Alpha Chi Omega and Kappa Delta Phi Sorority. She was named “Sweetheart” of Delta Tau Delta, where she met her first husband, Richard James Shavey. She graduated with a Bachelors degree of Science and Education listed on the Deans honor Roll ready to be a elementary teacher. May 29, 1965 she married Richard Shavey in Oklahoma and they moved to Seattle so Richard could start an Architecture firm and she could teach. She taught until October 23, 1969, when Jennifer Leanne Shavey was born. On April 5, 1973, Benson Rittenhouse was born. Once Benson started school, she went to work with a friend as a bookkeeper for a plant business. In 1988 Sally and Richard got divorced. She bought a condo on Echo Lake and decided to go back to school to renew her teaching degree and got her 5th year in Special Education. She taught K-2 at Arbor Heights in West Seattle until she retired in 2008. She was a great teacher, all the kids loved her and often came back to see her. She invested so much into teaching and was always thinking about how to make learning fun.

She got connected with a teachers group that traveled all over the world earning college credit while traveling and learning about different countries, history and cultures. She had a great sense of adventure and loved to do new things. She rode a camel in Egypt, petted a koala and snorkeled in the great barrier reef in Austraila, walked the Great Wall in China, saw the Taj Mahal in India to name just a few. She would bring back her experiences and what she learned to her classroom.

Sally was a very social and loved being around people. She was often the life of the party. She spent many evening at The Little Red Hen, a bar in Seattle where the regulars became her extended family.

Sally loved and valued her kids and their families. She demonstrated unconditional love. No matter how many bad decisions her kids made she loved them through it. She loved people. She never missed a birthday or holiday. She put on the best birthday parties! Her favorite holiday was Christmas. She loved giving gifts and was a very generous person.

March 30, 2011 she was married to Erwin Ortiz for 3 years before he passed away from lung cancer September 9, 2014. At that point she came into the care of Jen. She battled with dementia for six years. Sally lived in many facilities over the last few years and everywhere she went they loved her. There was something about her that drew you in. Sally peacefully went into the arms of Jesus December 11, 2017.

We are so grateful for the love and care my mom received in the Cottage at Highgate, especially in her last days.