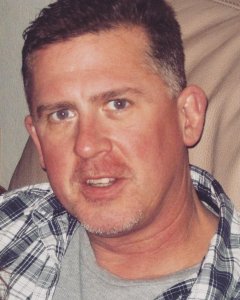 Born:
Sunday, April 25, 1965
Died:
Monday, November 30, 2020
Birthplace:
Bellingham, WA
Service Information:
A private family Celebration of Life will be held in the spring when it is safe to do so. Interment will be at the family plot in Greenacres Memorial Park.

It is with great sadness that we say goodbye to a beloved son, father, brother, nephew, cousin and friend. Scott was born in Bellingham, WA to mother, Sharon Karlberg (Gary) and Don Murdzia (Laura).

He was a 1983 BHS graduate and remained in Whatcom County his entire life.  Scott married Susan Butenschoen in 1992 and together they parented their son, Nick Murdzia. Scott, a very hard worker, worked at Georgia Pacific until it closed and has spent the past 15 years working for Matrix at the Ferndale refinery.

In April 2016 Scott decided to sell his condo in Bellingham and become a home owner. He bought a house in Birch Bay Village, settled into the community, made many new friends and met his current girlfriend, Jenn Driedger.

Scott had a great love for the outdoors. He was a fearless lover of speed and motorcycles. A great day was a day spent on a trail ride with his son or his friends.

Scott had a multitude of friends. He loved his family, he was funny and made corny jokes. He always checked in with everybody just to touch base and to tell them he loved them. Scott had a fondness for a former boss whom he stopped by to see regularly.  Scott had a generous heart which he demonstrated when he opened his house to a cousin in need of a temporary home. Scott was very shy as a child, but became a very outgoing adult with a funny laugh and a sometimes blunt attitude. Scott, a middle child, always knew his brothers had his back. He had a warm spot in his heart for little kids. He will be fondly remembered.  Scott will live on through the immense impact he made on those fortunate enough to have known him. He mattered.

The family asks that if you know someone in crisis, please don’t hesitate to call the Suicide Prevention Lifeline 1-800-273-8255.

Dear Murdzia Family,  I am so sorry to hear of Scott's passing.  My heartfelt sympathy to you all.  Judy Piovesan Harvey

It was with shock and sadness that I learned about the passing of Scott. It was always a pleasure to work with and be around him. He was a conscientious employee and always had a good sense of humor. I know he will be greatly missed.

Dear Don, Sharon, and the Murdzia and Karlberg Familes,

I was so saddened to hear of Scott's passing, In my mind, I remember him as a wonderful, fun, happy young boy playing with his brothers. Don and Sharon, you were important people in my life and my heart breaks for both of you and your families. May God be with you and comfort all of you.

We are so sorry for your loss and want you to know that the 6 of us are here for you, just like you have been for all of us since we met.

Dan, Kim, and the boys

I was so sadden to hear of your loss, if anything needed please reach out,always there for you.

Don, Sharon and all the family,

We are so saddened to hear of your loss.  We remember Scott when our boys were growing up together.  He was always a kind and great kid to have around.  Please know that you are all in our prayers as we pray for God's love and comfort to envelop all of you.

I have heartfelt sadness for you,Don, and your family.  It brings us to fondness and memories that we have felt these past years..and will remaine with us the rest of our lives.  God is with you now, rest in Him..He will be there 24/7.  You are in my prayers.  Your oid friend Karen

On behalf of my sister Marie Cook, my brother Edward Jonak , myself Kathey Chambers and our families, we're sending our deepest sympathy to all of you on the loss of Scott. May God bring you the solice and comfort you need at this incredible time of sorrow. .
Keeping you close in our thoughts and prayers.
The Jonak Family

Deepest condolences from the kinder family

To the Murdzia family.  My deepest sympathy is sent your way on the passing of Scott.  May the Lord wrap his arms around all of you and comfort you in this time of sorrow & grief.  Stay strong for each other.. Blessings  Jan Boykin