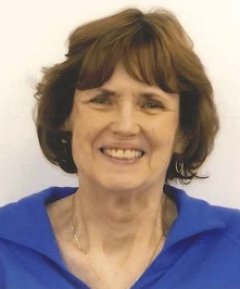 Born:
Friday, September 19, 1947
Died:
Saturday, May 18, 2019
Birthplace:
Yakima, WA
Service Information:
A Celebration of Life will be held Monday, June 17th from 12-4 at the Squalicum Boathouse at Zuanich Point Park.

Sharon was born September 19, 1947 in Yakima, WA and was the 2nd of 5 children.   When Sharon was 5, the family moved to Kennewick, WA.  She graduated from Kennewick High School in 1965 and attended Tri City Business College.

In 1965, Sharon moved to Seattle to work for a federal supply agency which supported the Navy on Harbor Island.  While in Seattle, she met and married Clayton Erickson. They were married for 22 years and raised two children, making their home in the Lake Samish area of Bellingham.

Sharon worked part time while her kids were young, first for the Whatcom County Treasurer’s office and then as a personal assistant for Patricia and Maynard Parks.  She was active in the Lake Samish Fire Department Ladies Auxiliary, which worked to provide the volunteer firemen with new gear and equipment.

Sharon enjoyed bowling, coaching a Saturday morning junior league at Park Bowl for many years.  She enjoyed sewing, genealogy, cooking, baking and gardening.  She looked forward to yearly trips with extended family to the Oregon Coast and Wallowa Lake, OR.

In 1987, Sharon began her second career at Western Washington University.  She started in the English Dept as an Office Assistant, worked for the Western Foundation, and eventually became the Administrative Services Manager in the Music Department.  She particularly enjoyed working with the music students and faculty.

After retirement, Sharon travelled to Alaska and Mexico with friends.  She spent much of her time creating cherished quilts for her kids and grandkids, and was often tuned into the Seattle Mariners, regardless of their record.  She continued to trace her family history, adding to her extensive genealogical records.

Our thoughts go out to Darren and Coleen and their families. Sharon was a wonderful person and we were very fortunate to have her bless our lives. We spent many hours bowling and playing cards with the Ericksons & the Lamarsh's. We were so lucky to have known Sharon. Carl & Rochelle Ratcliff

Sharon was an absolute delight to work with at Western. She was much loved by the students. Sending prayers to the family. Nancy Phillips, WWU

I am so sorry for your loss. Sharon fought a long and coragous battle. I knew Sharon for over 30 years. I saw her once a month to do her hair. I haven't met her family but feel I know you all, she spoke so fondly of each one of you and was so proud of all of you. Sharon was such a wonderful person and we covered many a topic over the years. I am going to really miss her. I regret deeply that I missed a message from her to come to her home and cut her hair....when I got message it was to late. Iam very sad about that. I am sorry I wont be able to attend celebration of her life today but she will be in my thoghts. At this difficult time, may you find comfort in knowing that others share in your sorrow. Rita Holland

Thank you Carl (and Rochelle).  Memories and kind words are comforting.  Thanks so much for coming to the Celebration of Life and for your friendship over the years to our family - Coleen

Thank you Nancy.  I know she loved the people that she worked with at Western.

Rita, Thank you.  I know she appreciated your friendship and hoped you were on an adventure when she couldn't reach you.