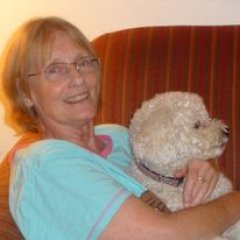 Susan Kay Bradley departed this life at her home on June 28 from complications of MS and Parkinson’s Disease. She was born on 20 August 1949 in Albert Lea Minnesota to William Joseph Bradley and Ruth Velma Bradley (Whyman). She grew up in the picturesque community of Maple Island in Southern Minnesota. Her first job was working in the Dairy Bar, her family’s fast-food business. In her last year of high school, she was selected to be homecoming queen, an honor her dad claimed he knew she would attain when she was still a baby. In 1974 she graduated from the University of Minnesota with a degree in Radio and Television Production. While at the U. she was a volunteer DJ at the university radio station, KUOM.  That was the beginning of an illustrious career in radio.  She was a trailblazer in that profession. Sue was one of the first female radio announcers in Minneapolis-St. Paul area where she built up a huge fan base. Later she moved to Colorado and then to San Diego where she continued in radio. She had one of the finest voices in radio at that time.

Radio was only part of her life. She was passionately dedicated to social justice causes. She was always up for a protest, she never backed down and she was deeply concerned for the wellbeing of people and animals alike. She served as a volunteer at the Bellingham Hospice House where she became a blessing to all she encountered. Her compassion comforted families when a loved one was dying.

Susan also had a wonderful singing voice. She belonged to the Threshold Choir and Women with Wings, organizations dedicated to the healing power of music. Sue was also an active member of the Raging Grannies founded to promote peace, justice, social and economic equality through song and humor.

The most remarkable thing about Sue’s life is not what all she accomplished but what she did despite her significant health issues. She was diagnosed with MS when she was only 24 and lived with that horrible disease for over 45 years! She would have periodic relapses that would leave her with permanent disabilities such as impaired balance. If you wish to honor Susan’s memory, we suggest donating to National MS Society in her name.

Susan was preceded in death by her parents and nephew Peter Bradley. She is survived by her brother Michael Bradley (Deena), step daughter Erika Landis, step son Josh Landis, and nephews Richard (Jenny) and David Bradley.

Susie was a gentle soul; full of life with an appreciation of nature. She was a very caring friend and a shining light to many people. She lived to make the world a better place and she succeeded! Now our dear Susan sings with the angels.

Memorial plans will be announced later.