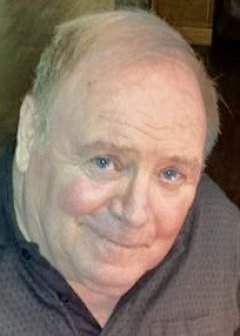 Bill Hoover joined his Heavenly Father at his home in Sedro Woolley, WA on September 30, 2021 surrounded by his loving family.
William (Bill) H Hoover was born to Bertha (Marie Lloyd) Johnson in Fargo, North Dakota on June 22, 1947. He moved to Tacoma, WA where he graduated from Mount Tacoma High School in 1965. After graduating, he joined the US Navy in 1966 to see the world and was stationed at Whidbey Naval Air Station until 1972. He received several medals and rewards during his time in service. During and after his time in the Navy he graduated with an Associate in Arts Degree and Achievement Award with High Honors from Skagit Valley College. Bill worked as a manager of purchasing of the store house at Texaco Refinery in Anacortes, WA until he retired in 2004.

Bill met the love of his life, Linda B (Messer) Hoover, in May of 1977 and they married 4 months later In September. They remained married for 36 yrs. enjoying
camping, hunting, fishing, gardening and spending time with family and friends until Linda became terminally ill and passed away in 2014. Bill also enjoyed golfing, bowling, and wood working. They raised their only daughter, Lisa Croke, in Burlington, WA until moving to what became the family home in Sedro Woolley, WA.

You will be dearly miss uncle Bill I will miss the way you made me laugh when you told me a joke. I will always remember the times we slept the holidays together and when I got go clamming with you and aunt Linda and coming to visit you in your home. I love you and I'm going miss you very much

My sincere symptathies to Bill's family.  It was always nice to walk into Bill's Texaco storehouse office and see his pleasant face and easy going attitude. towards everyone.  We never socialized outside of work but none-the-less had a great working relationship.  Happy trails, Bill!  You are remembered.